Politics McConnell: Get Vaccinated, or Risk Another Lockdown
CoronavirusPolitics 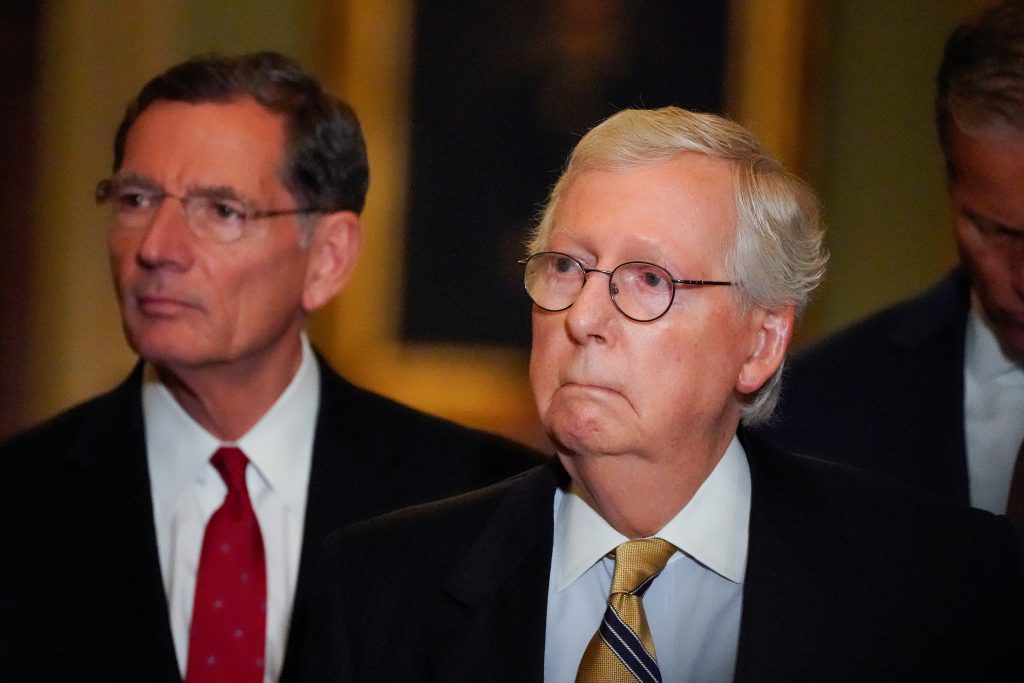 There may be another round of lockdowns in the United States if vaccine numbers don’t increase, Senate Minority Leader Mitch McConnell warned.

“These shots need to get in everybody’s arms as rapidly as possible or we´re going to be back in a situation in the fall that we don’t yearn for — that we went through last year,” the GOP Leader said at a press conference on Wednesday. “This is not complicated.”

McConnell joins several Republican leaders who have sounded the alarm on vaccine reluctance as the Delta variant spreads throughout the country, most notably leading to increased hospitalizations and deaths in states that have low vaccine numbers such as Missouri and Arkansas, the New York Post reported. Many Republican areas have lower vaccination rates.

Utah Governor Spencer Cox harshly criticized media figures for spreading concerns about the vaccines, going so far as to accuse them of bein responsible if their viewers pushed off the vaccine, caught the coronavirus, and passed away.

“We have these talking heads who have gotten the vaccine and are telling other people not to get the vaccine,” Cox said, according to the Hill. “It is ridiculous. It’s dangerous. It’s damaging. And it’s killing people. It’s literally killing their supporters and that makes no sense to me.”

McConnell echoed Cox, though his rhetoric was milder, saying, “ignore all of these other voices that are giving demonstrably bad advice.”

The increase in cases have prompted at least one high profile Republican to get vaccinated. House Minority Whip Steve Scalise got his first doze of the Pfizer vaccine this week, even though federal lawmakers were eligible for the vaccine since January.

The Republican from Louisiana told reporters, “The vaccine is safe, effective and it’s widely available all across the United States of America for anybody who wants to get it.”

“I have high confidence in the process that was used to bring these vaccines,” Scalise added. “In fact, it’s not only saving lives in America but saving lives worldwide through American ingenuity.”