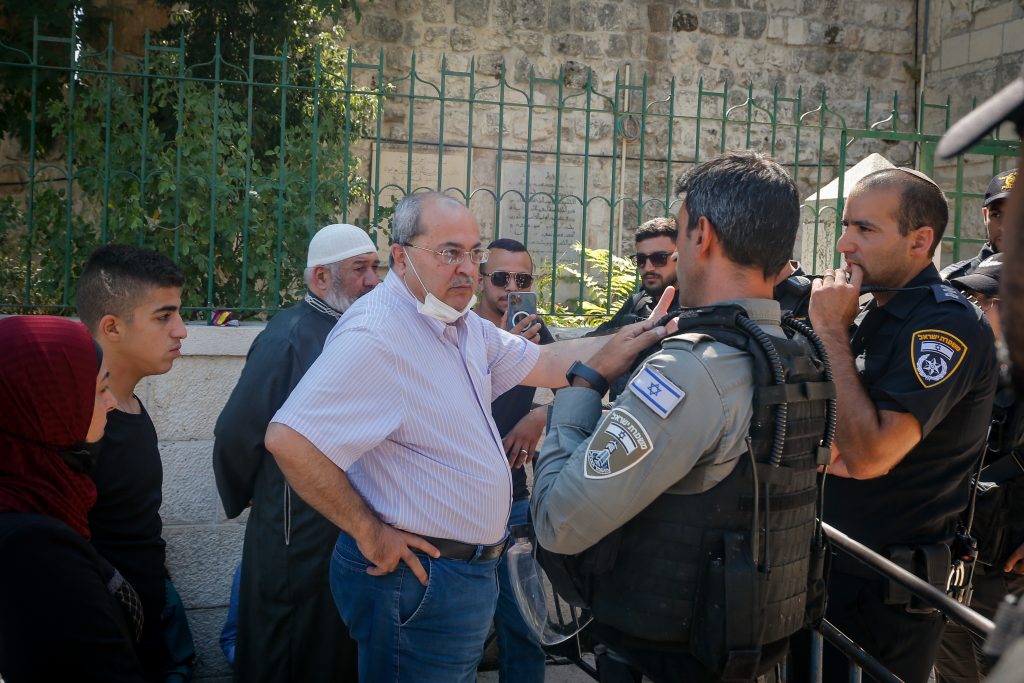 The Islamist partner in the Lapid-Bennett coalition had its say on the controversy over access to Har Habayis on Sunday, Tisha B’Av.

The Ra’am party proclaimed that “the Al-Aqsa Mosque, in its 144 dunams (35.5 acres), is solely the property of Muslims, and no one else has any right to it,” in a joint statement with its parent organization, the Islamic Movement.

The party accused the authorities of “allowing officials and Knesset members to storm Al-Aqsa, perform prayers, perform religious rituals, and declaimed the Israeli national anthem Hatikva in the courtyards of the blessed Al-Aqsa Mosque,” all of which it regards as provocations.

There were no reports of serious injuries during the incident, though a few Palestinians were said to have been detained.

That was followed a few hours later by the arrival of an estimated over 1,600 Jewish Israelis.

The gedolei haposkim have stated repeatedly that the area is forbidden to Jews according to halacha.

Prime Minister Naftali Bennett backed the police as well as the subsequent ascent by Jews. He thanked the police for “managing the events on the Temple Mount with responsibility and consideration, while maintaining freedom of worship for Jews on the Mount.”

Ra’am warned, “The events that may result from it could inflame the situation in Jerusalem and the entire region, leading to a catastrophic religious war.”