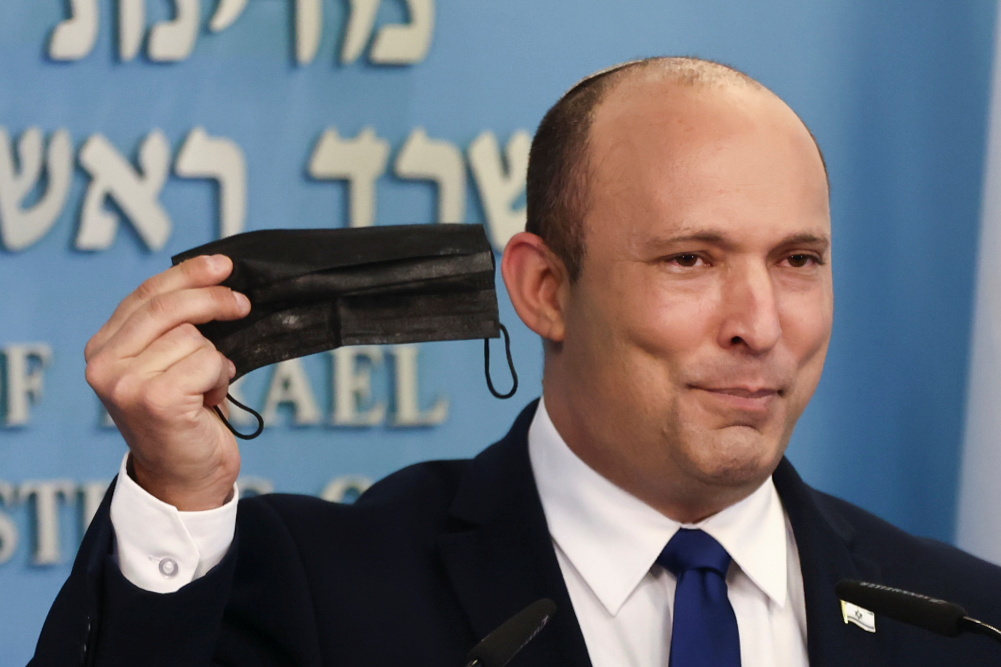 Prime Minister Naftali Bennett presented Israelis with a blunt either/or proposition on Wednesday, saying that they could overcome the Delta variant in five weeks if they heed precautions, or they could face serious morbidity and a return to shutdowns.

“Vaccines alone won’t stop the spread. We can beat the Delta variant without lockdowns if we are all diligent and determined,” he said at a press conference, urging the wearing of masks indoors, getting vaccinated and keeping social distance, as they did earlier in the pandemic.

If we do that, “within five weeks we can finish this business,” he asserted.

But there was more to it. Bennett advised Israelis to avoid shaking hands, or hugging anyone outside of their immediate family, a regulation people had thought they were done with.

As for travel abroad, the message was downright grim, as he recommended Israelis cancel their summer trips abroad, though the government has not yet re-imposed a travel ban.

“The Delta variant is raging the world. Soon the whole world will become ‘red,’ and your trip will be canceled anyway, so don’t even order,” he advised, as the WHO said that some 111 countries have detected the variant.

On large gatherings such as weddings and concerts, the prime minister said the government is in the process drafting a plan.

If the public fails to comply, lockdowns may be closer than anybody thinks. An official who was at the coronavirus cabinet meeting Tuesday night warned that if they’re not careful, the country will enter a lockdown on Rosh Hashana, in September, Channel 12 news reported on Wednesday.

“We are in a dialogue with the pharma companies about the booster issue, whether a booster of the original shot or an adapted booster shot.”

Israel’s health ministry said on Monday there was still not strong enough evidence for the necessity of a third booster shot for the wider public, though it has approved a third dose for people with compromised immune systems on a case by case basis.