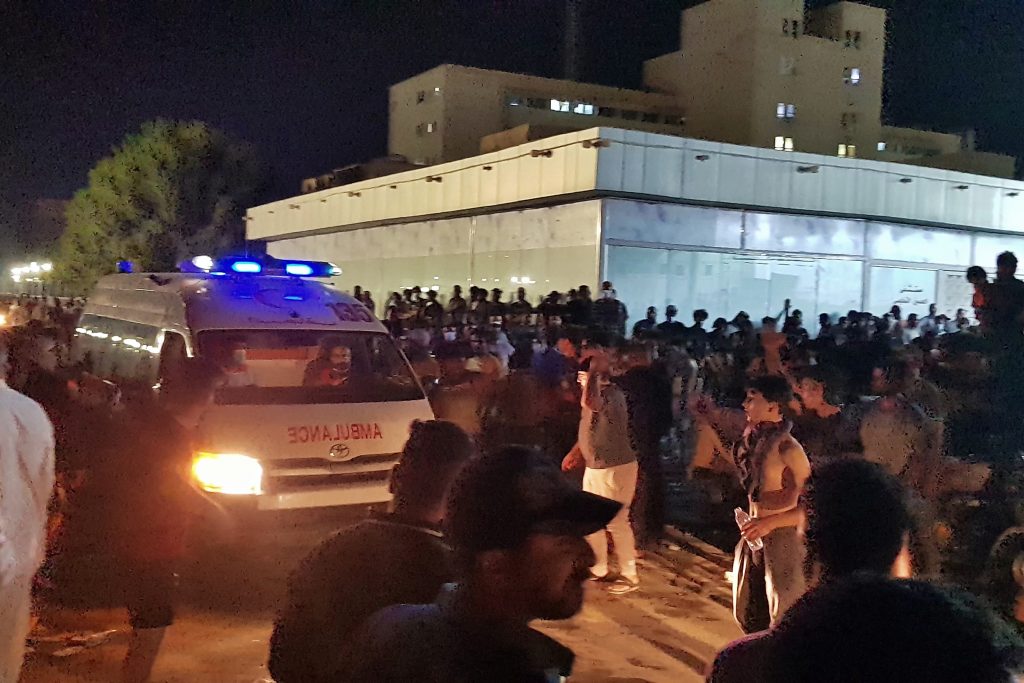 The death toll from a catastrophic blaze that erupted at a coronavirus hospital ward in southern Iraq the previous day rose to 64 on Tuesday, Iraqi medical officials said.

Two health officials said more than 100 people were also injured in the fire that torched the coronavirus ward of al-Hussein Teaching Hospital in the city of Nasiriyah on Monday.

Anguished relatives were still looking for traces of their loved ones on Tuesday morning, rummaged through charred blankets and belongings inside the torched remains of the ward.

Earlier, officials had said the fire was caused by an electric short circuit but provided no more details. Another official said the blaze erupted when an oxygen cylinder exploded. The officials spoke on condition of anonymity because they were not authorized to speak to journalists. The new ward, opened just three months ago, contained 70 beds.

Prime Minister Mustafa al-Kadhimi chaired an emergency meeting in the wake of the fire and ordered the suspension and arrest of the health director in Dhi Qar, as well as the director of the hospital and the city’s director of civil defense. A government investigation was also launched.