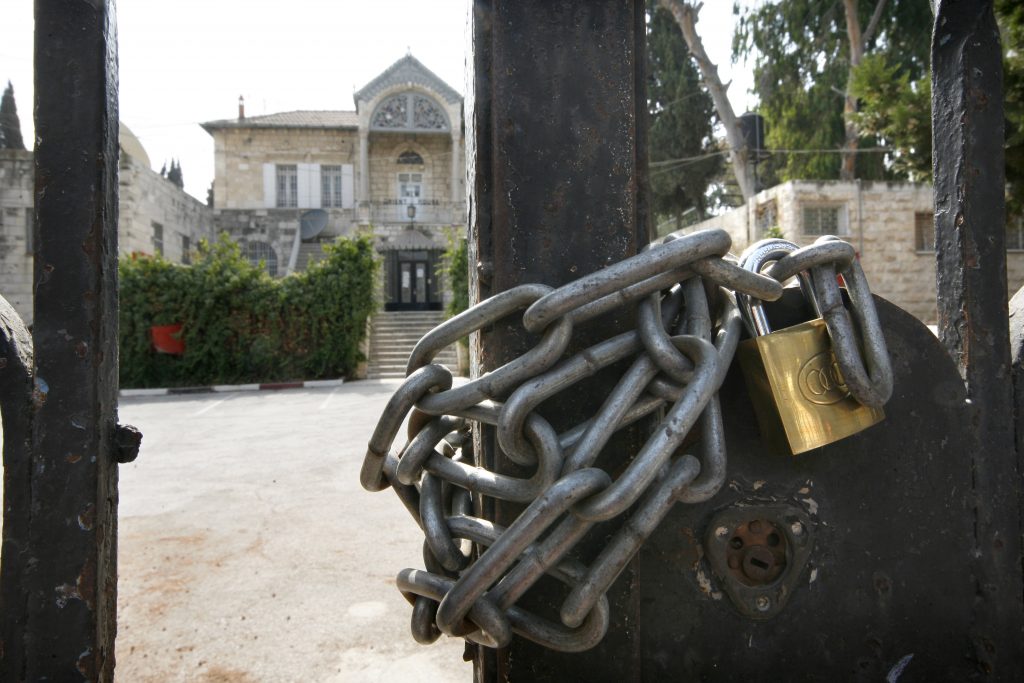 The Biden administration has asked the Palestinian Authority to join in renewing peace talks with Israel, and the PA is responding with a long list of preconditions, Channel 12 reported on Sunday.

Heading the list is the reopening of Orient House and other Palestinian institutions in east Yerushalayim which were closed in 2001, due to political activities considered subversive by Israeli security services.

The list goes on to include, among other items: restricting police activity around the Al-Aqsa mosque; a halt to evictions of Arabs from homes in east Yerushalayim (apparently in reference to a recent Israeli court ruling to remove of Arab squatters from Sheikh Jarrah); an end to Jewish construction in east Yerushalayim and Yehuda and Shomron; and restoration of the “family unification” enabling Palestinians married to Israelis to obtain citizenship.

The list, intended for Washington, will also be sent to Prime Minister Naftali Bennett.

Meanwhile, Foreign Minister Yair Lapid met in Brussels with his Egyptian counterpart Sameh Shoukry, as Egypt mediates talks between Israel and Hamas on a long-term truce.

During the meeting, Lapid raised the issue of the two Israeli citizens and the bodies of two soldiers being held in Gaza by Hamas, according to a Foreign Ministry statement.

A spokesperson for Egypt’s foreign ministry tweeted that Shoukry stressed “the need to resolve the current stalemate between the Palestinian and Israeli sides, leading to a just and comprehensive peace negotiations.”