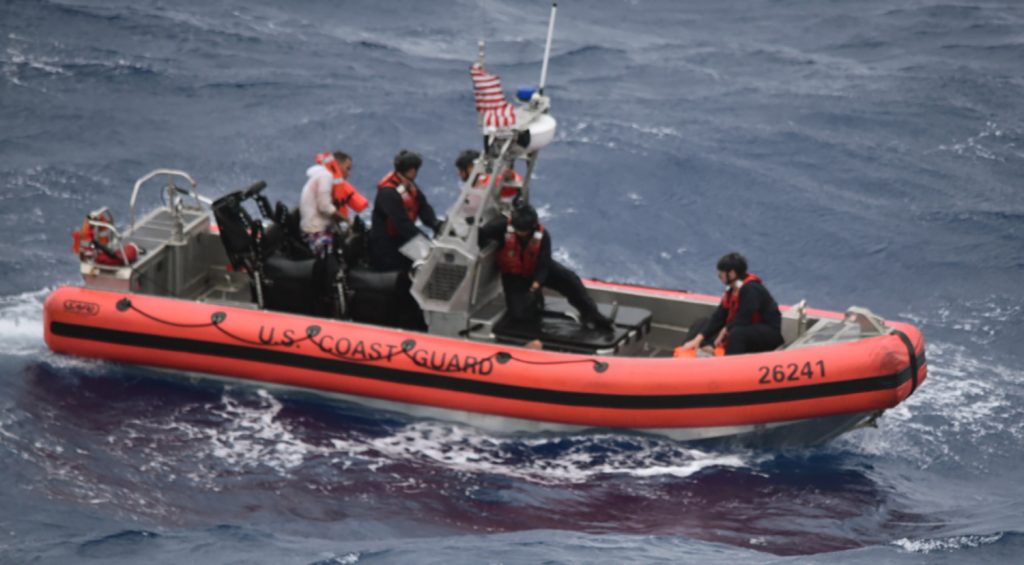 Tropical Storm Elsa carved a destructive and soaking path up the East Coast after killing at least one person in Florida and spinning up a tornado at a Georgia Navy base that flipped recreational vehicles upside-down and blew one of them into a lake.

Elsa’s winds strengthened slightly Thursday morning to 45 mph (75 kph), and it was dropping torrential rains as it made its way through North Carolina late Thursday morning, the National Hurricane Center said in its latest update. Elsa was expected to pass near the eastern mid-Atlantic states by Thursday night and move near or over the northeastern United States on Friday.

Some re-strengthening was possible Thursday night and Friday while the system moves close to the northeastern United States.

A tropical storm warning was in effect north of Great Egg Inlet, New Jersey to Sandy Hook, New Jersey, and for the coast of Long Island from East Rockaway Inlet to the eastern tip along the south shore and from Port Jefferson Harbor eastward on the north shore. A warning was also in effect from New Haven, Connecticut to Merrimack River, Massachusetts including Cape Cod, Block Island, Martha’s Vineyard, and Nantucket.

There was a chance Long Island in New York would see sustained tropical storm-force winds late Thursday night and into Friday morning, the National Weather Service in New York warned.

Authorities in Jacksonville, Florida, said one person was killed Wednesday when a tree fell and struck two cars. The National Weather Service reported 50 mph (80 kph) wind gusts in the city. The tree fell during heavy rains, according to Capt. Eric Prosswimmer of the Jacksonville Fire Rescue Department.

Nine people were injured Wednesday evening in coastal Camden County, Georgia, when a tornado struck a campground for active-duty service members and military retirees at Kings Bay Naval Submarine Base. Eight of those hurt were taken to hospitals, base spokesperson Chris Tucker said.

“We understand none of the injuries to be life threatening,” Tucker said Thursday. “Some of those folks have already been released from the hospital and others have been kept for further observation.”

The EF-2 tornado flipped over multiple RVs, blowing one of the overturned vehicles about 200 feet (61 meters) into a lake, the National Weather Service said in a preliminary report early Thursday after its employees surveyed the damage.

Tucker said about a dozen recreational vehicles at the campground were damaged. Some buildings were also damaged on the base, which is the East Coast hub for the Navy’s fleet of submarines armed with nuclear missiles. Tucker said there was no damage to submarines or any other “military assets.”

Scattered power outages were being reported along Elsa’s path Wednesday evening, with about 35,000 homes and businesses on either side of the Georgia-Florida state line without electricity, according to the website poweroutages.us.

The storm complicated the search for potential survivors and victims in the collapse of a Miami-area condominium on June 24. Regardless, crews continued the search in the rubble of Champlain Towers South in Surfside, Florida, on the state’s southeast coast.

The storm also temporarily halted demolition Wednesday on the remainder of an overturned cargo ship off the coast of Georgia. The South Korean freighter Golden Ray capsized in September 2019 off St. Simons Island, about 70 miles (110 kilometers) south of Savannah. Crews have removed more than half the ship since November.

Himes said crews would be watching to see if Elsa’s winds scatter any debris from the ship into the surrounding water. The vessel’s remains are open at both ends, like a giant tube on its side, and its cargo decks still contain hundreds of bashed and mangled cars.

Meanwhile, the U.S. Coast Guard said 13 people were rescued from a boat that had left Cuba with 22 people aboard late Monday. Nine people remained missing. Elsa was also blamed for three deaths in the Caribbean before it reached Florida.

Elsa is the earliest fifth-named storm on record, said Brian McNoldy, a hurricane researcher at the University of Miami.