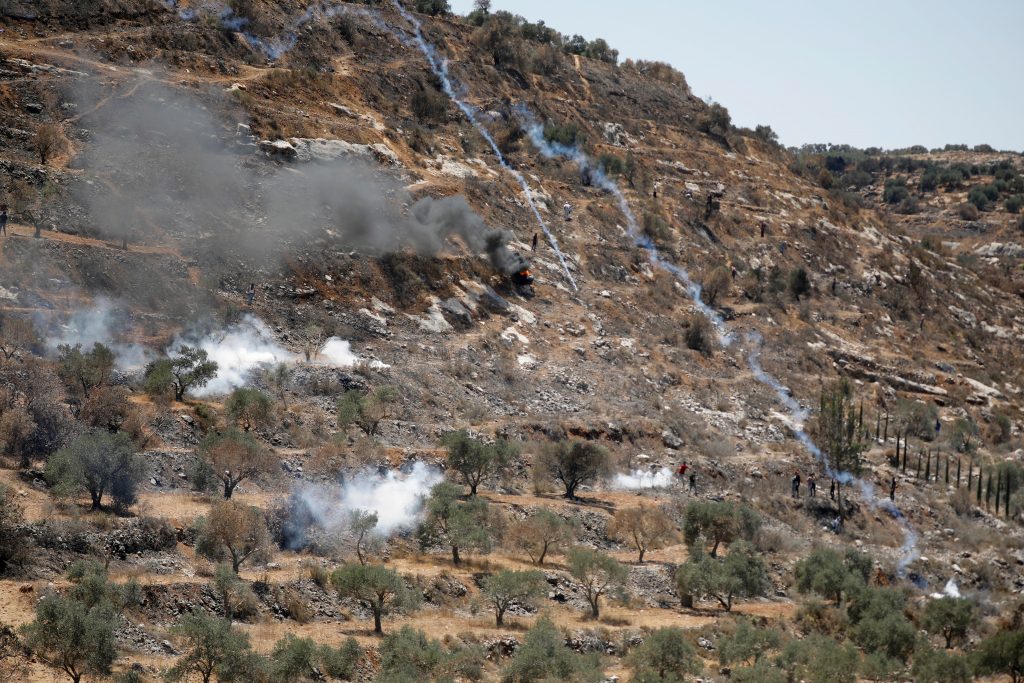 IDF fighter planes struck a weapon manufacturing site and a rocket launcher belonging to the Hamas terrorist organization in the Gaza Strip on Motzoei Shabbos, in retaliation for arson balloons launched toward Israeli territory in the past few days.

According to security sources and witnesses in Gaza, the Hamas facilities hit were west of Gaza City and in the northern Strip.

Sources in Hamas confirmed that the two sites hit belonged to the group. One man was critically wounded, medics said.

Incendiary balloons from Gaza caused fires in the Eshkol region on Friday and Shabbos.

Israeli jets destroyed Hamas targets in the Gaza Strip overnight Thursday, too, in response to cross-border arson attacks. The IDF warned in a statement that it “will continue to retaliate against any further terrorist activity in the Gaza Strip.”

On May 21, Israel and Hamas agreed to a ceasefire following 11 days of conflict. Since then, Palestinian terrorists from Gaza have sporadically launched arson balloons across the border, causing fires in Israel’s fields. Egyptian, Qatari and United Nations mediators have been working to shore up the fragile ceasefire.

Also on Shabbos, a Palestinian man was shot after clashes broke out between Palestinians and Israeli security forces in the Shomron.

According to the IDF, soldiers were trying to disperse rioters when a Palestinian man threw an explosive device at them from a rooftop, to which they “responded with fire… to eliminate the danger.”

The Palestinian Health Ministry identified the slain man as Mohammad Fareed Hassan, 20, from the Qusra village near Shechem.