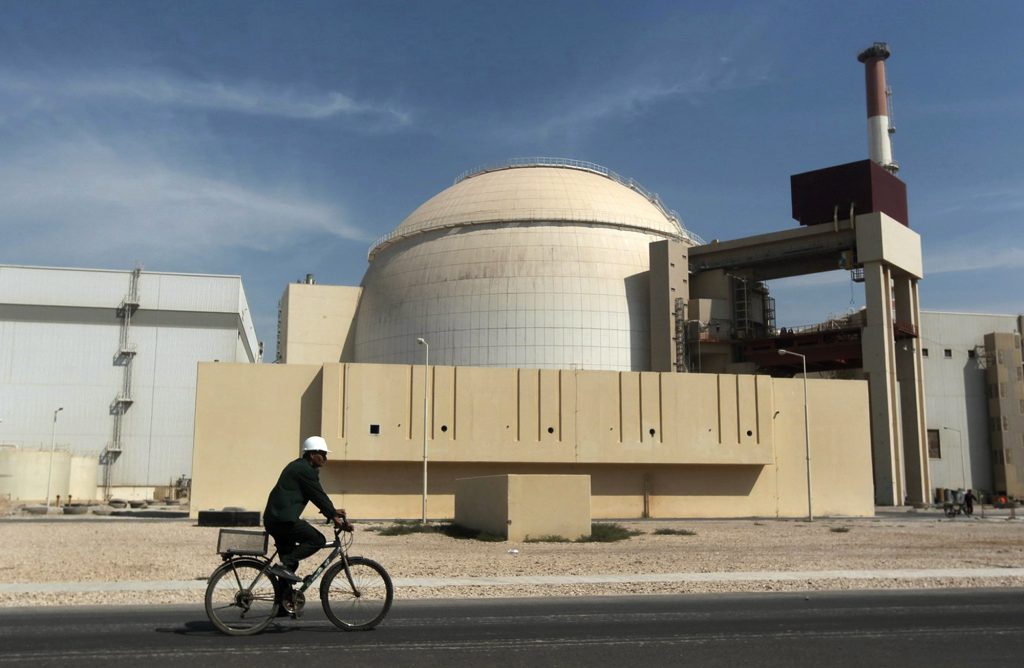 The report quoted Mostafa Rajabi Mashhadi, spokesperson for the country’s Energy Ministry, as saying the Bushehr plant “returned to the production of energy” after the completion of needed maintenance.

Mashhadi did not elaborate but last week, Iran’s nuclear department said engineers were working to repair the plant’s broken generator.

Also on Saturday, Kazem Gharibabadi, Iran’s representative to the IAEA, said that Deputy Director General and Head of the Department of Safeguards of the IAEA Massimo Aparo will visit Iran in coming days, the official IRNA news agency reported.

Gharibabadi said Aparo’s visit to Tehran is “in direction of routine safeguards,” and added that “no talks have been planned for him in Tehran.” He said Iran is in regular contact with the IAEA.

The visit comes nearly 10 days after the expiration of a deal between Tehran and international nuclear inspectors to preserve video data at the country’s atomic installations.

Tehran is trying to push European powers to provide relief from oil and banking sanctions imposed three years ago when then-President Donald Trump withdrew America from the landmark accord.

Authorities earlier this year had warned of Bushehr’s possible closure because of American sanctions barring Iran from procuring equipment for repairs.

Bushehr is fueled by uranium produced in Russia, not Iran, and is monitored by the United Nations’ International Atomic Energy Agency. The IAEA acknowledged being aware of reports about the plant, but declined to comment.

Construction on Bushehr, on the coast of the northern reaches of the Persian Gulf, began under Iran’s shah in the mid-1970s. After the 1979 Islamic Revolution, the plant was repeatedly targeted in the Iran-Iraq war. Russia later completed construction of the facility.

The 1,000-megwatt plant feeds the grid with enough energy for a tiny part of Iran’s nationwide 64,000-megawatt consumption.