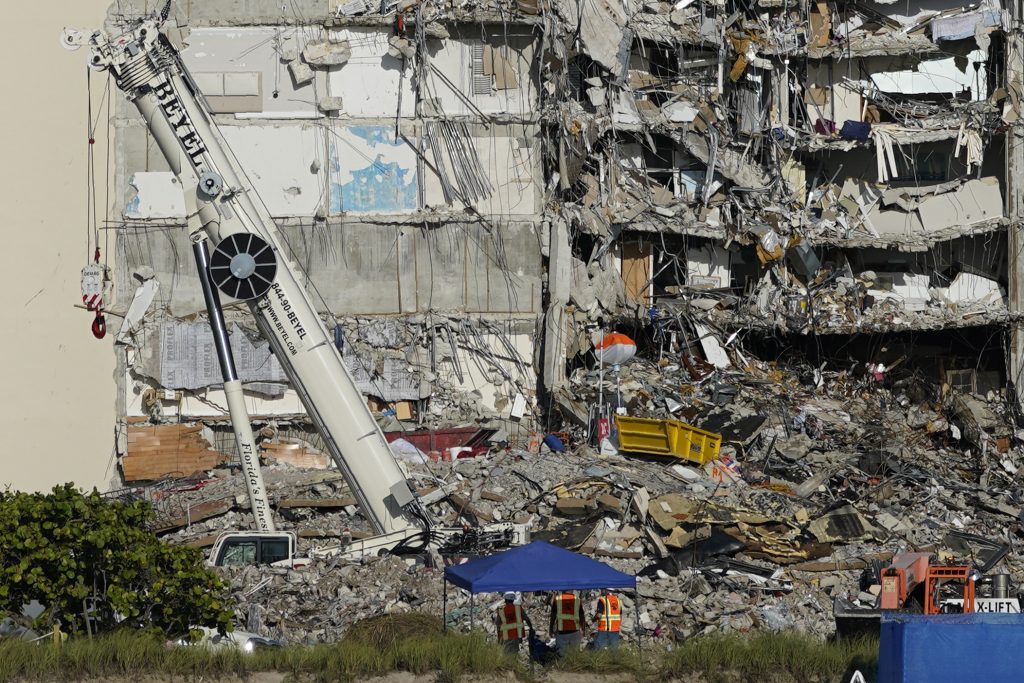 Florida officials are working on plans to tear down what’s left of a partially collapsed oceanfront condominium building after concerns about the structure’s instability prompted a 15-hour halt to the search for survivors.

After rescue efforts resumed Thursday evening, officials said they had started planning for the likely demolition of the remaining structure even as searchers continue to comb the rubble pile beneath it.

Scott Nacheman, a FEMA structures specialist, said engineers are looking at different methods for the demolition and how to proceed “to make the site safe for ongoing rescue operations.”

Nacheman said that if the building comes down, there initially will be a slowdown in the rescue operation. But he said the demolition of the structure would create a safer working environment that could allow more personnel on the site and accelerate the pace of the work.

He said it would likely be weeks before officials schedule the demolition.

Miami-Dade County Mayor Daniella Levine Cava said the decision about the demolition needs to be made “extremely carefully and methodically,” considering the potential impact on the pile of debris and the effect on the search.

The cause of the collapse is under investigation. A 2018 engineering report found that the building’s ground-floor pool deck was resting on a concrete slab that had “major structural damage” and needed extensive repairs. The report also found “abundant cracking” of concrete columns, beams and walls in the parking garage.

Just two months before the building came down, the president of its board wrote a letter to residents saying that structural problems identified in the 2018 inspection had “gotten significantly worse” and that major repairs would cost at least $15.5 million. With bids for the work still pending, the building suddenly collapsed last Thursday.