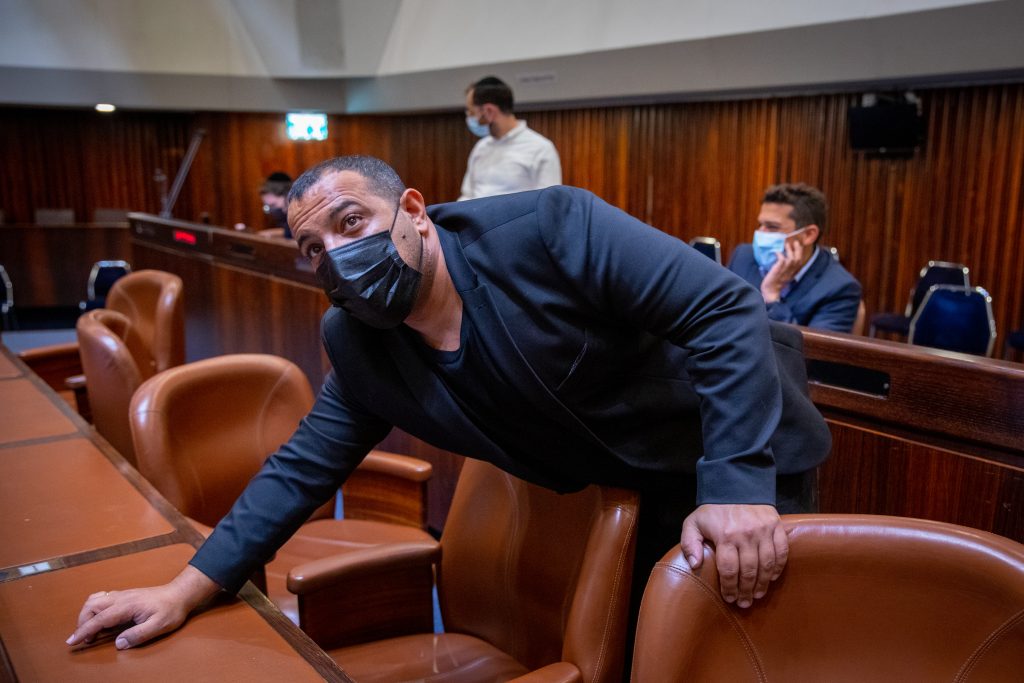 MK Abir Kara (Yamina) voted twice on Thursday on a bill aiding workers who were unemployed due to the coronavirus.

Kara said that he mistakenly voted using the button of fellow Yamina MK Idit Silman, who sits next to him in the plenum. He said he then voted using his own button and immediately told Knesset Speaker Mickey Levy of his mistake.

But opposition MKs pointed out that voting twice is a crime. MK Amir Ohana (Likud) asked that all of Kara’s votes over the past two weeks be checked, in the presence of a representative of the opposition.

The Likud MKs demanded a halt to the vote, as a double vote is a criminal offense. Despite this, the hearing was adjourned in favor of Levy’s legal consultation with the Knesset’s legal counsel.

MK Silman claimed that she did not ask Kara to vote in her place, and Kara said that he “did not know” that he was not allowed to vote twice. The opposition claims that this is more than one vote, so the clarification and examination is now with the Knesset legal department.

Likud MK Shlomo Karhi filed an urgent complaint to the attorney-general requesting that an investigation be opened into the double voting.

“Those who stole votes from the Right and gave Israel a left-wing government that is supported by anti-Zionists are now stealing votes in the [Knesset] plenum as well,” the Likud added.

“The change government cannot allow itself to act against the law,” commented the Movement for Quality Government.

“The foundation of a democratic state is honest leadership and we will not hesitate to fight for that against every and any elected official who does not act according to the law. This needs to be investigated.”

MK Betzalel Smotrich pointed out that in a similar incident in which former MKs Yechiel Chazan and Michael Gorolovski voted twice, then-Attorney General Amnon Rubenstein launched a criminal probe into the incident. Both were indicted for fraud and breach of trust.

“I wonder what Mandelblit will do now?” Smotrich wondered.

The opposition accused Kara and the coalition of again acting in duplicity after Bennett broke a long list of promises he made to his constituency during the elections and established a left-wing government that relies on the votes of the Ra’am party.

The Knesset plenum held a rare meeting on a Thursday to renew bills related to COVID-19 before they expire.