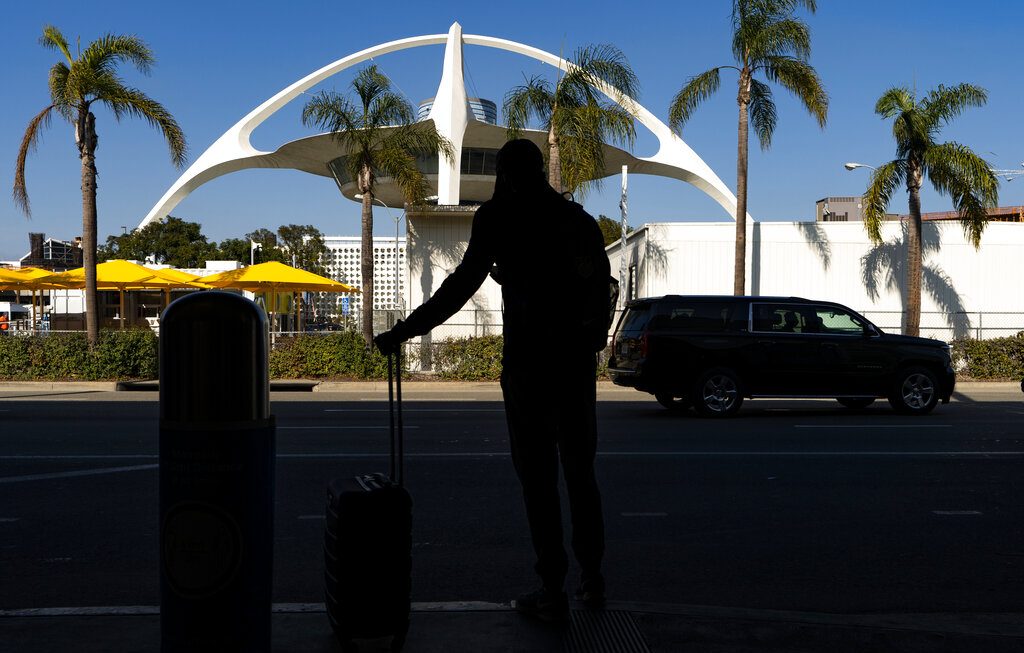 A passenger was taken to the hospital Friday night after jumping out of a moving plane at Los Angeles International Airport, authorities said.

United Express flight 5365, operated by SkyWest, was pulling away from a gate shortly after 7 p.m. when the man unsuccessfully tried to breach the cockpit by pounding on the door, then managed to open the service door and jumped down the emergency slide onto the tarmac, according to the airport, the FBI and SkyWest.

The man was taken into custody on the taxiway, treated for injuries that were not life-threatening and taken to the hospital, authorities said.

The twin-engine Embraer 175, which was headed to Salt Lake City, returned to its gate, the airport said.

Nobody else aboard the plane was injured.

The flight department for Salt Lake City late Friday evening and arrived early Saturday morning, according to the flightaware.com website.

It was the second disruption at LAX in two days. On Thursday, a driver plowed through a chain-link fence at a FedEx cargo facility and went onto the airfield, crossing runways as police chased the car. Police said the driver was detained, and no injuries were reported. Two runways were briefly closed.