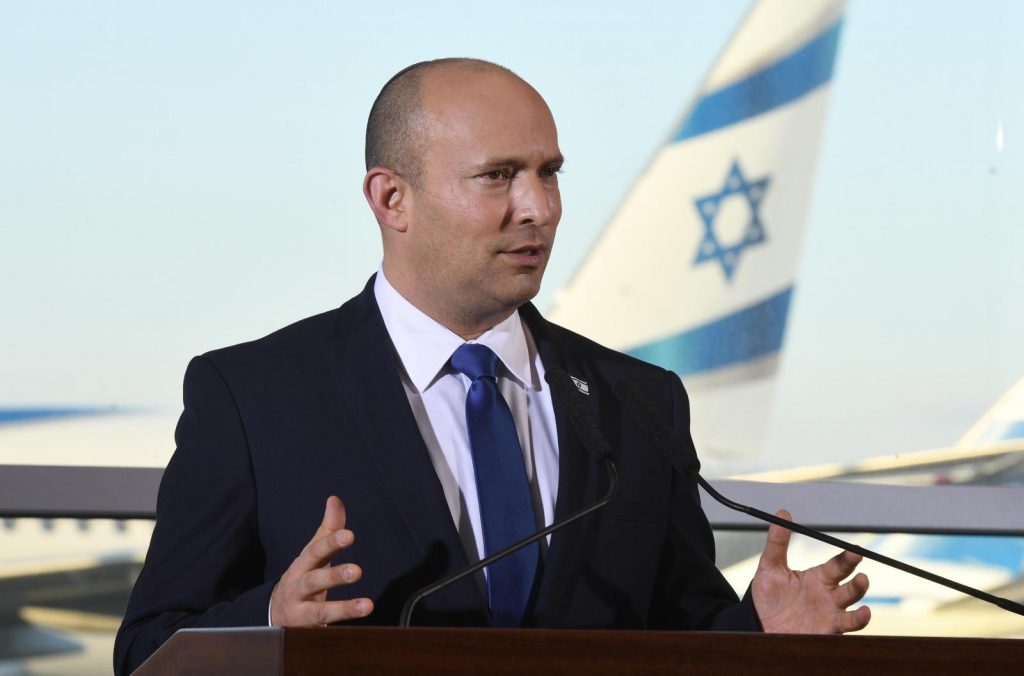 Israeli Prime Minister Naftali Bennett on Tuesday announced the new government’s response to the latest worrying outbreak of the coronavirus.

In a press conference at the end of a visit to Ben Gurion Airport’s covid testing sites on Tuesday, Bennett told Israelis to avoid nonessential travel abroad. “If you don’t need to go abroad, do not go abroad,” he said, and that those who have not already booked vacations should not do so.

“It’s not currently an order, it’s a request,” Bennett said, but added that “if the numbers go up, to over 100 new cases for several days, it will be an order.”

Most of the cases are being attributed to travelers infected with the Delta variant who have been bringing the virus in from abroad and not adhering to testing and quarantine rules.

The cases have been concentrated in the school system. The Education Ministry update on Tuesday said that 183 students and 20 staff members are confirmed to be infected.

Overall, there are over 5,000 students self-isolating, close to 2,000 of whom entered quarantine in the past day, the ministry said.

At the airport, which has been reopening to passenger traffic on a gradual basis, precautions are being strengthened. The number of testing sites there have been increased from 30 to 70, he said.

“Everyone who enters the airport must wear a mask from the moment they arrive until the moment they leave,” said Bennett, also warning of possible “significant changes in entering and exiting Israel” once a new coronavirus cabinet has had a chance to review the situation.

Every person who enters the state of Israel will have to undergo a PCR test.

Besides the airport, Bennett recommended that people return to masking in all indoor venues.

Explaining the new caution, he said: “This variant infects much more quickly than the variant we are familiar with, the original coronavirus. Another characteristic of the Delta variant is that it also infects people who have been vaccinated. We have found that even some people who have been inoculated with the Pfizer vaccine have been infected. We know that the vaccine still has effect, a significant effect, but it is still possible to be vaccinated and infected as well.

“All scientific indicators in Israel and the world show that the danger from the disease is immeasurably higher than the risk from the vaccine. There is much ‘fake news’ but we are dealing in science, in facts. In the U.S., approximately 2-2.5 million children have already been vaccinated and we have not seen large-scale side effects. I can tell you, as the father of children this age, I am taking my children to be vaccinated. The Interior Minister has updated me that her children have already been vaccinated.”