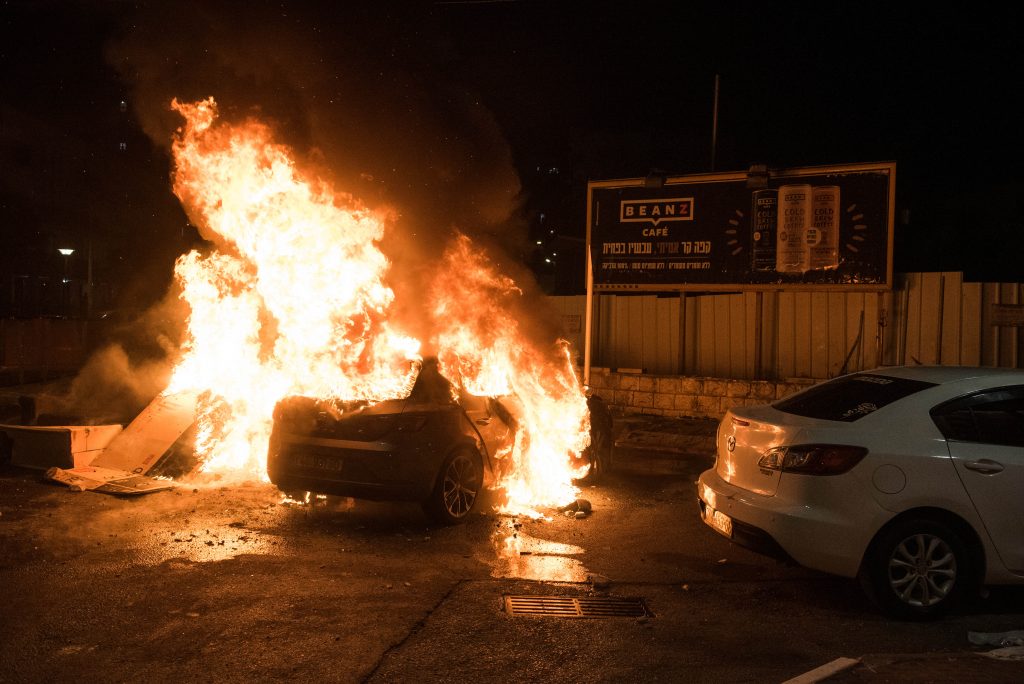 An Israeli-Arab resident of Acco, Habib Abu Habib, 41, has been indicted for committing terrorist acts including attempted murder, attempted aggravated assault, and participating in riots amid a wave of rioting that occurred in the city last month, during heightened nationalist-racialist unrest.

According to the terms of the indictment, on the evening of May 12, Abu Habib learned that violence had broken out between Arabs and Jews in Acco, and he decided to join a group of Arab youths, with their faces masked, on Herzl Street, where they threw rocks at Jewish residents who passed by anywhere near them.

At the same time, Mordechai Katz, a Jew with a noticeably religious appearance, was participating in an event nearby. At some point during that evening, groups of young Jews and Arabs began a stone-throwing fight and Katz was caught up in it.

Sensing that he was in danger, Katz decided to leave the area, but Abu Habib followed him, running after him and then, from a distance of just two meters (six feet) away, he hurled a stone at him, striking him in his upper body.

At almost the exact moment, another Arab rioter threw a stone at Katz, this one hitting him in the head. Katz fell to the ground, and he was then set upon by at least six Arabs who started to beat him with sticks and stones and to kick his entire body. They only stopped after a group of young Jews intervened, along with a police officer who fired into the air.

Katz sustained a fractured skull and his arm and neck were also fractured.

Speaking to Kan News in the aftermath of the attack, Katz said, “We wanted to demonstrate a Jewish presence. We came across rocks and stones and blocks from a construction site, and then I was about to leave when I saw someone – an Arab – running toward me. I froze. Then I was hit in the head by a rock and was thrown to the ground like a sack of potatoes.”