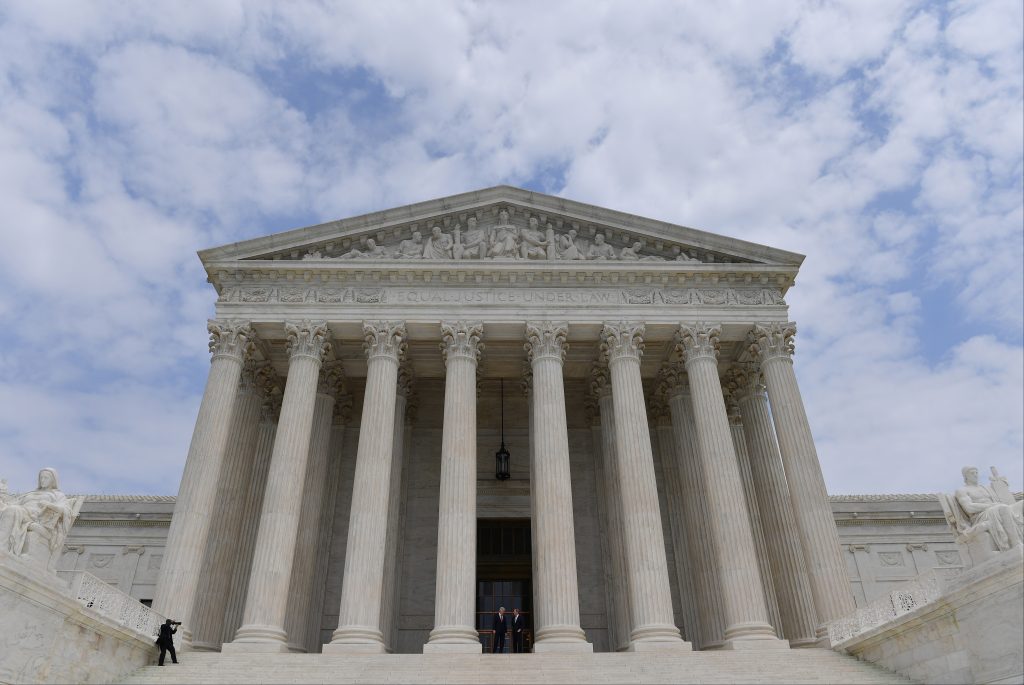 The U.S. Supreme Court on Thursday rejected a Republican bid backed by former President Donald Trump’s administration to invalidate Obamacare, preserving the landmark health-care law for the third time since its 2010 enactment.

The 7-2 ruling declared that Texas and other challengers had no legal standing to file their lawsuit seeking to nullify the law, formally called the Affordable Care Act.

The justices did not decide broader legal questions raised in the case about whether a key Obamacare provision was unconstitutional and, if so, whether the rest of the statute should be struck down. The provision, called the “individual mandate,” originally required Americans to obtain health insurance or pay a financial penalty.

“Today’s U.S. Supreme Court decision is a major victory for all Americans benefiting from this groundbreaking and life-changing law,” said Democratic President Joe Biden, whose administration opposed the lawsuit. Biden was vice president when the bill was signed into law by President Barack Obama.

With three major challenges to Obamacare now having been resolved by the justices, Biden added, “it is time to move forward and keeping building on this landmark law.” Biden also encouraged more Americans to use Obamacare to obtain coverage.

Polling data has shown that Obamacare has become increasing popular among Americans, including Republicans.

Texas Attorney General Ken Paxton, a Republican who led the challenge, vowed to continue to fight Obamacare. The individual mandate, Paxton wrote on Twitter, “was unconstitutional when it was enacted and it is still unconstitutional.”

Obama said, “This ruling reaffirms what we have long known to be true: the Affordable Care Act is here to stay.”

Breyer wrote that none of the challengers, including Texas and 17 other states and the individual plaintiffs, could trace a legal injury to the individual mandate, partly because a Republican-backed tax law signed by Trump in 2017 had wiped out the financial penalty.

“Unsurprisingly, the states have not demonstrated that an unenforceable mandate will cause their residents to enroll in valuable benefits programs that they would otherwise forgo,” Breyer wrote.

Twenty states including Democratic-governed California and New York and the Democratic-led House of Representatives intervened in the case to try to preserve Obamacare after Trump had refused to defend the law.

Republicans fiercely opposed Obamacare when it was proposed, failed to repeal it when they controlled both chambers of Congress and have been unsuccessful in getting courts to invalidate the law, including in 2012 and 2015 Supreme Court decisions.

Biden’s administration in February urged the Supreme Court to uphold Obamacare, reversing the position taken by the government under Trump, who left office in January.

Justice Amy Coney Barrett, a Trump appointee whose 2020 confirmation hearing included questions from Democrats over whether she would vote to invalidate Obamacare, joined the majority in the ruling.

House Speaker Nancy Pelosi, a Democrat, called the ruling a “victory for Democrats’ work to defend protections for people with pre-existing conditions against Republicans’ relentless efforts to dismantle them.”

Biden has pledged to expand health-care access and buttress Obamacare. He and other Democrats had criticized Republican efforts against Obamacare at a time when the United States was grappling with a deadly coronavirus pandemic.

Despite the Supreme Court‘s 6-3 conservative majority, the Republican Obamacare challengers came away disappointed in a ruling in which all three liberal justices were joined by four of the six conservative justices. Opposition to Obamacare seems to have receded as a political issue for many Republicans as their party has emphasized other matters such as immigration, voting restrictions and hot-button “culture war” issues.

The Supreme Court previously upheld Obamacare by deeming the financial penalty under the individual mandate a tax permissible under the U.S. Constitution’s language empowering Congress to levy taxes. The penalty’s elimination in 2017 meant the individual mandate could no longer be interpreted as a tax provision and was therefore unlawful, the Republican challengers argued.

A federal judge in Texas in 2018 ruled that Obamacare, as structured following the 2017 change, violated the Constitution and was invalid in its entirety. The New Orleans-based 5th U.S. Circuit Court of Appeals agreed that the individual mandate was unconstitutional but did not rule that the entire law should be stricken.