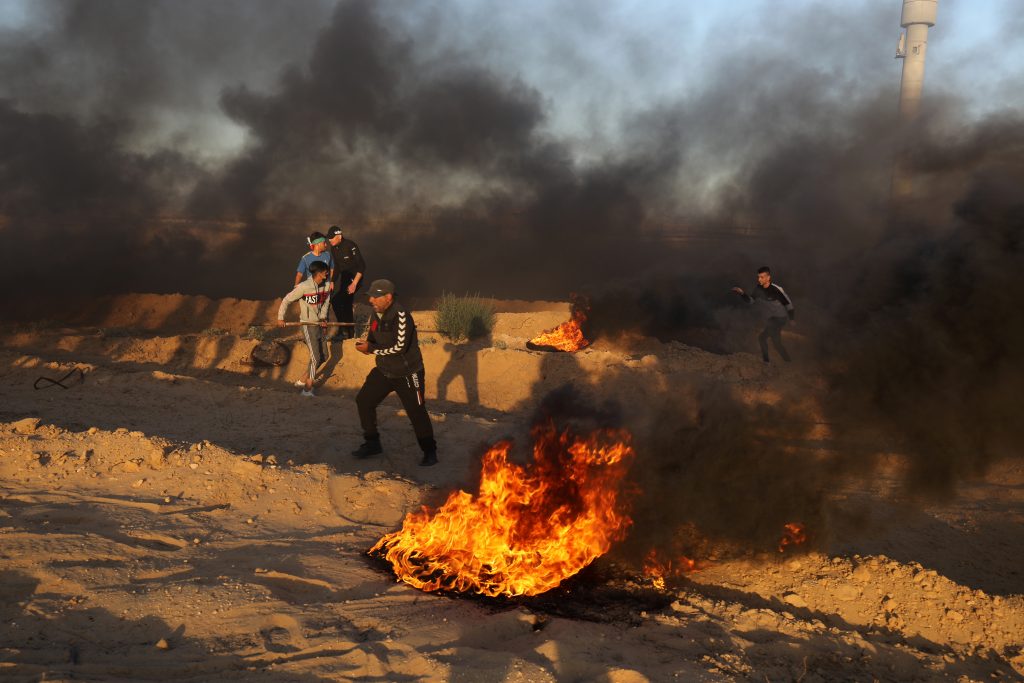 Hamas stopped firing rockets on Israel since the conclusion of Operation Guardian of the Walls last month, but has renewed its arson attacks on communities surrounding the Strip while claiming they were a response to the Flag March in Yerushalayim on Tuesday.

The IDF did not respond to Hamas’s attacks on Wednesday but did respond to Tuesday’s attacks.

The IDF responded to Tuesday’s arson attack when fighter jets struck Hamas military compounds in Gaza, which were used as meeting locations for the terrorist group.

“Hamas will bear the consequences for its actions,” the IDF said.

The arson attack from Gaza started over 20 wildfires in southern Israel on Wednesday, four of them  in agricultural zones in the area, the Fire and Rescue services for Israel’s southern district said.

The fire services said the fires located in the Eshkol Regional Council were small and non-threatening, and there were no injuries.