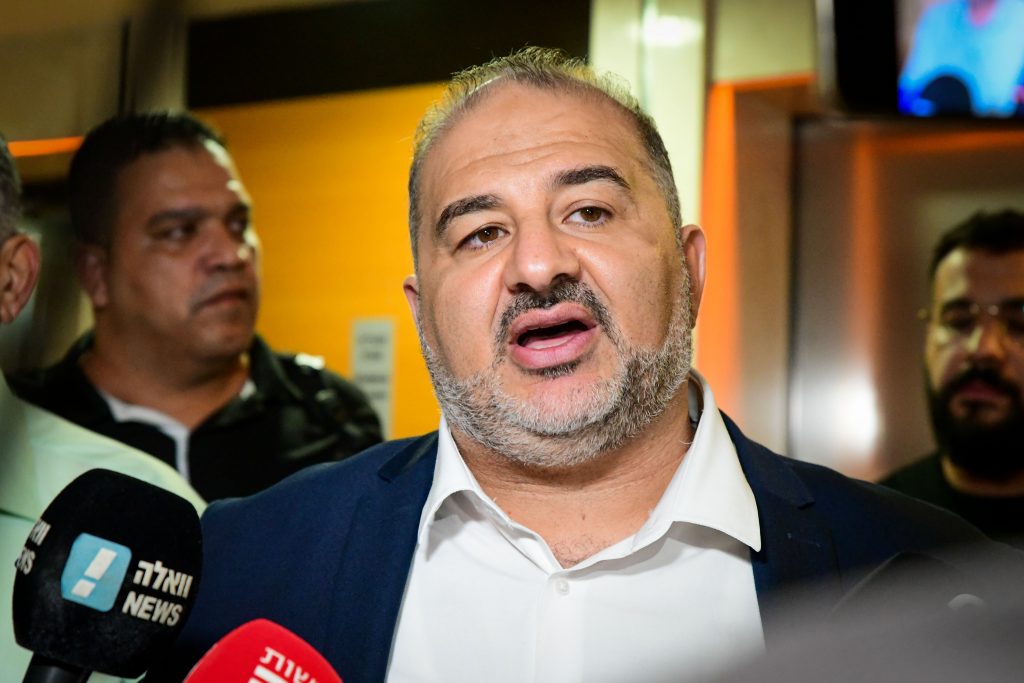 Ra’am party leader MK Mansour Abbas insisted in an interview Monday that his entire faction is a part of the new coalition, despite one of its members having abstained from the critical confirmation vote the previous night in the Knesset.

With MK Said al-Harumi not casting a vote, the Knesset approved the government with a paper-thin majority of 60-59.

But al-Harumi’s abstention, over his opposition to planned demolitions of Bedouin homes in the Negev, raised questions as to the commitment of the party, and particularly al-Harumi, to the incoming government.

Abbas on Monday said the MK’s choice to abstain Sunday was not representative of how he will vote going forward.

Abbas explained that al-Harumi abstained because there were still some final details to be ironed out regarding the Negev region, where there is a large Bedouin community.

However, Abbas said al-Harumi’s protest vote was coordinated in advance and that coalition leaders Naftali Bennett and Yair Lapid had been aware of it. In addition, he said al-Harumi had been ready to back the government if there had been any chance it would not pass the vote.

“If there had been a danger that the government would not be established, he would have voted in favor,” Abbas said.

“We want the government and did our bit for its establishment,” he said. “As far as we’re concerned there will be no crisis, but we expect that our partners show a positive approach towards the demands of Arab society.”