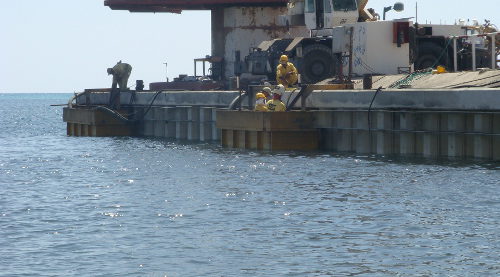 A pipeline leak at Libya’s Samah oilfield may pause pumping operations, an oil engineer there and an oil source at Waha Oil Company said on Tuesday.

Samah feeds the Es Sider oil terminal and an oil official at the port said Waha oil production is currently about 285,000 barrels a day.

A leak on Monday in the same pipeline, connecting Samah to Es Sider, was controlled but it leaked again on Tuesday, the oil engineer at the field said.

Waha is a subsidiary of National Oil Corp (NOC).