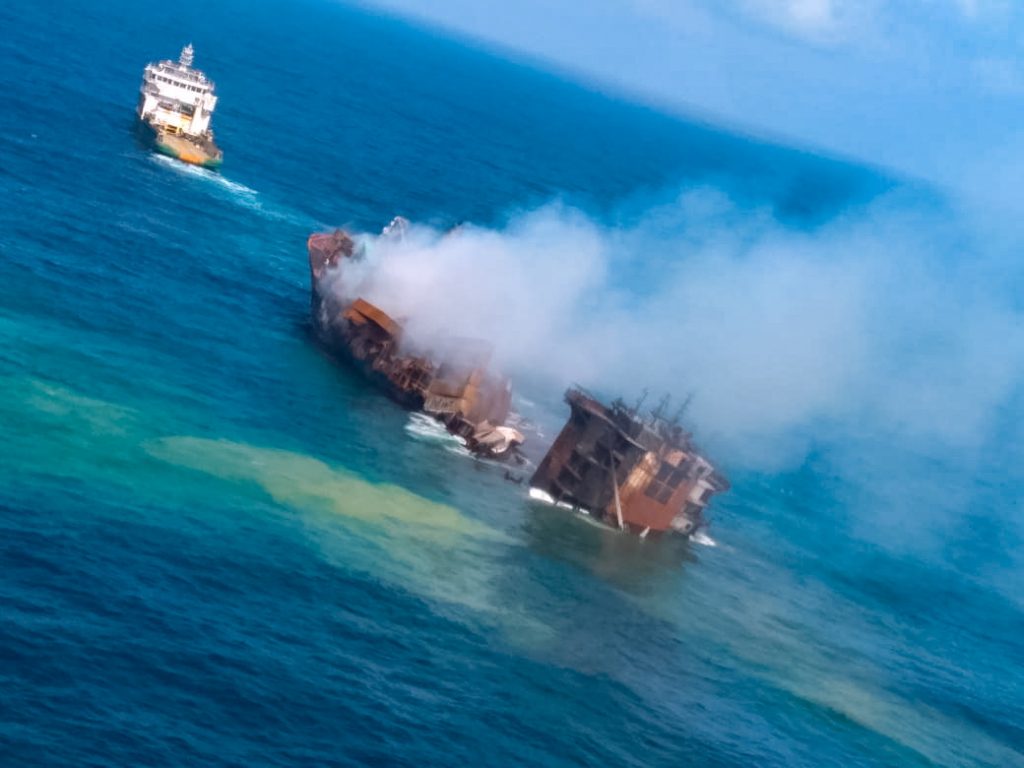 A cargo ship carrying tonnes of chemicals is sinking off Sri Lanka‘s west coast, the country’s government and navy said on Wednesday, in one of Sri Lanka‘s worst-ever marine disasters.

The Singapore-registered MV X-Press Pearl, carrying 1,486 containers including 25 tonnes of nitric acid along with other chemicals and cosmetics, was anchored off the island’s west coast when a fire erupted on May 20.

Authorities have been battling the blaze since then, as flaming containers laden with chemicals have fallen from the ship’s deck, the navy said last month.

Tonnes of plastic pellets have swamped the island’s coastline and rich fishing grounds, creating one of the biggest environmental crises in decades, experts say.

“The salvage company involved in the X-Press Pearl has indicated that the vessel is sinking at the current position,” Fisheries Minister Kanchana Wijesekera said in a social media post.

The government has banned fishing along an 80-kilometer stretch of coastline, affecting 5,600 fishing boats, while hundreds of soldiers have been deployed to clean the beach.

A salvage crew is towing the vessel to deeper water, Wijesekera added.