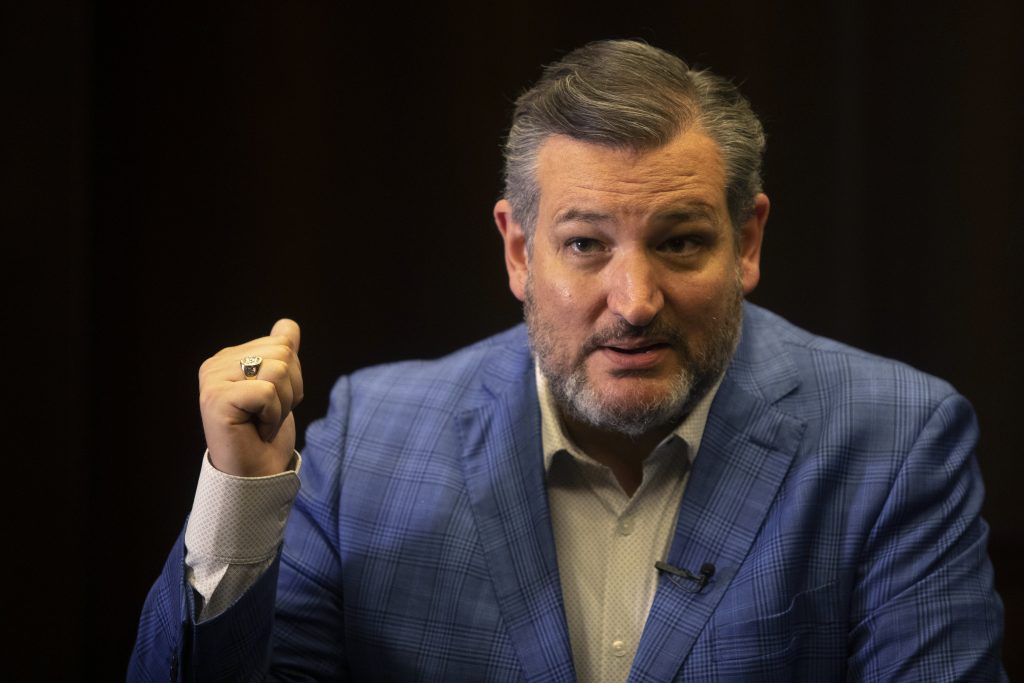 One of four prominent Republicans in Israel in the conflict’s aftermath, Cruz told The Associated Press in an interview that the Democratic president’s policies, including a call for Israel to wind down the war, had “emboldened” Hamas’ rulers. He said the U.S. owes Palestinians no humanitarian aid as long as there’s a danger of that money flowing to Hamas.

Cruz also refused to rule out another run for president in 2024, keeping alive the prospect of a new Republican brawl for the party’s presidential nomination — and perhaps a rematch with former President Donald Trump.

Throughout the fighting, Biden and many other world leaders maintained that Israel has a right to defend itself even as concern — and protests in places like Turkey, Pakistan and Britain — mounted over the massive use of force leveled at Gaza.

Cruz’s remarks were a stark departure from a once-customary practice of refraining from talking domestic politics while overseas, particularly about the sitting U.S. commander in chief.

At least two of the four American Republicans visiting Israel this week have apparent presidential ambitions — and all are in hot pursuit of support from pro-Israel evangelical voters that form a core part of the GOP’s base.

Besides Cruz, former Secretary of State Mike Pompeo, who also served as Trump’s CIA director, tweeted Sunday that he was in Tel Aviv attending the retirement party of Mossad chief Yossi Cohen.

“Great to be with good friends in Tel Aviv!” Pompeo tweeted.

“No one has done more for Israel than you, Sen. Lindsey Graham,” Israeli Prime Minister Binyamin Netanyahu said Monday. Graham, standing next to him, held up a sign that said, “More for Israel.” In a tweet later, he explained, to “help protect and defend from Hamas rocket attacks.” On Tuesday, Graham will tour rocket damage in Israel, he said in a press release.

Cruz and Sen. Bill Hagerty, R-Tenn., toured the rubble in Ashkelon where a Hamas-fired rocket hit an apartment and killed the caregiver of an older woman. Cruz tweeted photos.

“Any monies that go to the Gaza Strip that are quote, intended for infrastructure, can be easily diverted by Hamas,” Hagerty, seated next to Cruz, said.

Where Hagerty was diplomatic, Cruz was blunt. “Appeasing terrorists doesn’t produce peace,” he said of Biden.

Asked whether he’d rule out running for president, Cruz demurred, replying that the 2016 campaign was “the most fun I’ve ever had in my life.”