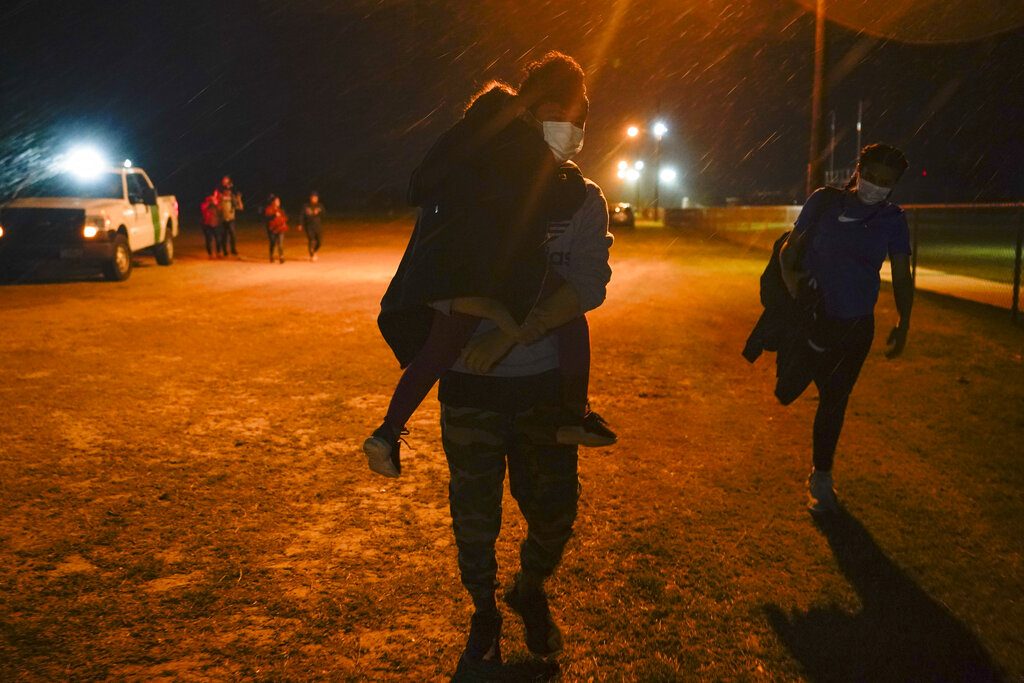 Families arriving at the U.S. border with Mexico will have their cases fast-tracked in immigration court, the Biden administration said Friday, less than two weeks after it said it was easing pandemic-related restrictions on seeking asylum.

Under the plan, families stopped on the border starting Friday could be placed in expedited proceedings aimed at determining whether they can remain in the United States. Immigration judges would generally decide these cases within 300 days of an initial hearing in 10 cities including New York, Los Angeles and border communities such as El Paso, Texas and San Diego, the Departments of Justice and Homeland Security said in a statement.

It isn’t the first time U.S. officials have sought to expedite the immigration cases of families arriving on the southwest border. The Trump and Obama administrations previously created dockets aimed at quickly deciding these cases in the immigration courts, which are notoriously backlogged and can take years to resolve cases.

The latest iteration, which the administration is calling a “dedicated docket,” lets judges grant continuances “for good cause,” according to instructions they received. It calls the 300-day timeline “an internal goal.”

The announcement comes as President Joe Biden is under mounting pressure to lift pandemic-related restrictions on seeking asylum at the border that were put in place by the Trump administration in March 2020. Under the rules, citizens of Mexico, Guatemala, Honduras and El Salvador are typically expelled to Mexico within two hours without any opportunity to seek asylum or other humanitarian protections.

Biden exempted unaccompanied children but about one of every three people who arrive in families are still subject to them, as is nearly every single adult. Last week, the administration took steps to ease the rules and agreed to eventually allow 250 people a day through border crossings to seek refuge in the United States.

But immigrant advocates said creating dockets to speed asylum seekers through the courts isn’t fair and in the past has created delays for other migrants already waiting years for their cases to be heard.

The Border Patrol had more than 170,000 encounters in April, its highest tally since March 2001, including 50,000 with people traveling in families. Many are repeat crossers because getting expelled carries no legal consequences.

Friday’s announcement gives families at the border a higher priority than other cases in an immigration court system with about 1.3 million pending cases. Attorney General Merrick Garland said the effort aligns with his goal of immigration courts deciding cases “promptly and fairly.”

The National Association of Immigration Judges is studying the proposal, said Dana Marks, an immigration judge and the group’s executive vice president. She said the group was not consulted about the plan.

Immigrants were issued deportation orders in more than 90 percent of the cases that were decided in the Trump administration’s family unit dockets, according to statistics from the Justice Department’s Executive Office for Immigration Review, which runs immigration courts.

Aaron Reichlin-Melnick, policy counsel at American Immigration Council, said the new plan appears to give judges more discretion to grant continuances in families’ cases but he’s concerned because many asylum seekers placed in these special dockets during the last two administrations wound up representing themselves in court.

“We are very skeptical about yet another attempt to create a ‘rocket docket’ and continued to believe rushed justice is no justice at all,” he said.