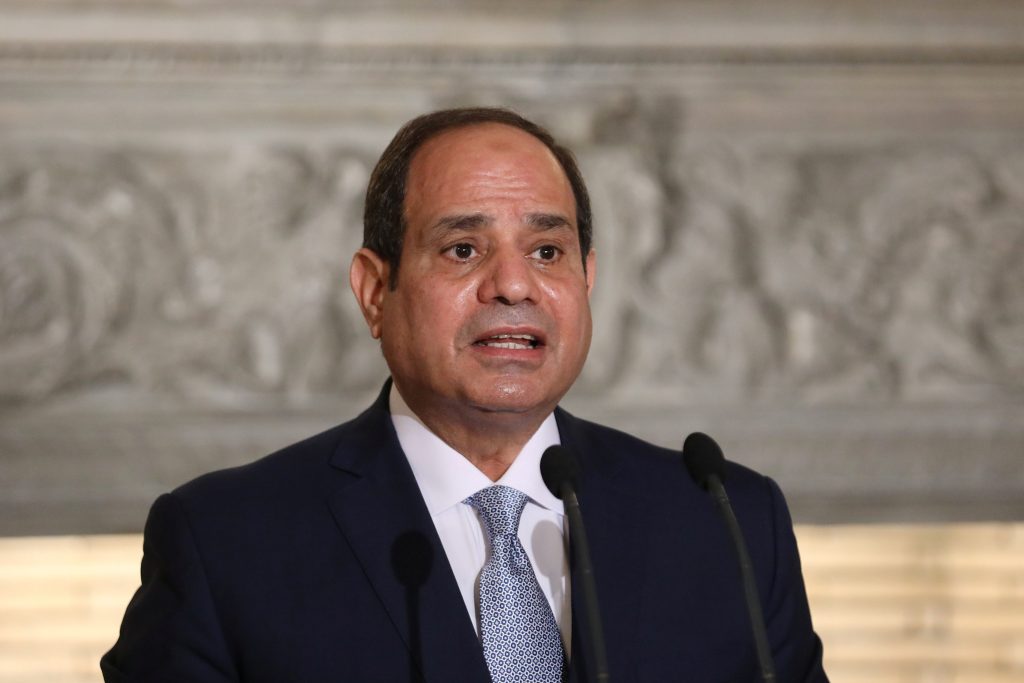 Egypt’s work to broker and secure a truce in the Gaza Strip this month has thrust it into the diplomatic spotlight, prompting top-level reengagement from Washington and overshadowing moves by several Arab states to normalize ties with Israel.

The efforts have earned Cairo recognition at a time when it was struggling to strike a rapport with U.S. President Joe Biden’s administration amid differences on human rights, and to make progress on its top foreign policy goal – a deal to regulate an Ethiopian dam that Egypt sees as a major threat to its supplies of Nile water.

While Cairo has mediated during previous rounds of violence between Israel and the Palestinians through its ties with both sides, analysts and diplomats say its efforts have been more visible than in recent years.

As the week-old ceasefire took hold between Israel and Hamas, the Islamist terror faction that controls Gaza, Egyptian security delegations shuttled between Tel Aviv and the Palestinian territories.

Next week, Palestinian figures including Hamas chief Ismail Haniyeh are due to start visits to Cairo to further shore up the truce, Egyptian security sources said.

“There is a more active effort by Egypt and President [Abdel Fattah al] Sisi. It was clear throughout the 11 days of war,” a Hamas official told Reuters.

Though Hamas has roots in the Muslim Brotherhood, which is outlawed and subject to a severe crackdown in Egypt, Cairo has well-established intelligence ties with the group.

Because of the importance Egypt attaches to security on the border between its Sinai Peninsula and Gaza, it is “super pragmatic” about its dealings with the Palestinian faction, said one diplomat.

Other Arab states have played a more limited role. These include Jordan, which like Egypt has a decades-old peace treaty with Israel and shares a border with the Palestinian territories, and Qatar, which has provided financial support to Gaza.

They also include the United Arab Emirates, which called for deescalation and was the most prominent of four Arab states to announce it was normalizing ties with Israel last year as part of the Abraham Accords promoted by former U.S. President Donald Trump’s administration.

The agreements triggered speculation that Egypt’s regional sway could be diluted, but analysts say this month’s violence put the signatories – who include Bahrain, Sudan and Morocco – in a sensitive spot as Arab sympathy with Palestinians surged.

“The recent descent into open conflict, in Jerusalem and Gaza, has underlined how little control the Gulf signatories have over Israel‘s behavior,” wrote Kristin Smith Diwan of The Arab Gulf States Institute in Washington.

The UAE Foreign Ministry declined to comment on whether Emirati officials had been in contact with Israel to try to calm the recent violence.

The UAE’s ambassador to Washington, Yousef al-Otaiba, said last month that it was possible to “do business with Israel and have a tough conversation about the Palestinian issue at the same time.”

Asked if Israel saw the UAE as a partner in cooling tensions with the Palestinians, Israel‘s envoy to the UAE, Eitan Na’eh, told reporters on Wednesday that it was too early to say, adding that the UAE could encourage moderation in the region.

For Egypt and Sisi, who enjoyed good relations with Trump, one achievement of the ceasefire push has been the sudden resumption of contact with the White House.

After an awkward silence that had lasted since Biden’s inauguration in January, the U.S. leader spoke twice with Sisi in five days.

However, U.S. and Egyptian reengagement around the Israeli-Palestinian conflict will be limited by the current lack of prospects for a peace process, analysts say.

Egypt, which receives some $1.3 billion of U.S. military aid annually, has also faced strong criticism from U.S. Democrats over its human rights record. After a visit to Cairo this week, U.S. Secretary of State Antony Blinken said human rights remained “very much on the agenda.”

But Egypt has learned to wait out bumps in its relationship with Washington and after proving itself over Gaza had won some breathing space on rights, said Hafsa Halawa, a non-resident scholar at the Middle East Institute.

“Egypt has become a patient foreign policy actor, and that really comes from the core institutional belief that Egypt is too big to fail,” – a concept Egypt sees the United States and other allies as sharing, she said.