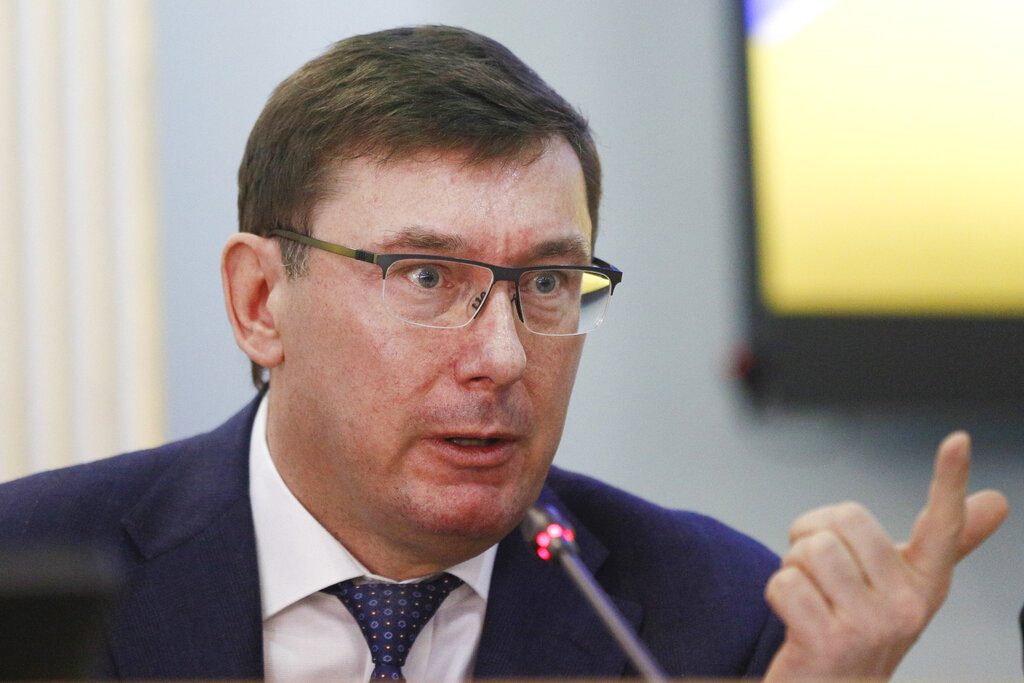 U.S. prosecutors in 2019 sought the electronic messages of two ex-Ukrainian government officials and a Ukrainian businessman as part of their probe of Rudy Giuliani’s dealings in that country, a lawyer accidentally revealed in a court filing Tuesday.

The filing said federal prosecutors in New York had informed defense lawyers that the seized communications included an email account believed to belong to the former prosecutor general of Ukraine, Yuriy Lutsenko.

Lutsenko was a key figure in Giuliani’s efforts to press Ukraine for an investigation into then-presidential candidate Joe Biden and his son, Hunter.

The two have both said in interviews that they met to discuss both the possibility of Ukraine launching an investigation of Hunter Biden’s job with a Ukrainian gas company and Lutsenko’s desire to meet with the U.S. attorney general to discuss efforts to recover looted national assets.

Lutsenko also spoke with Giuliani about his clashes with the U.S. ambassador to Ukraine, Marie Yovanovitch, who the Trump administration later removed.

The filing said prosecutors had also seized an email account believed to belong to the former head of the Ukrainian Fiscal Service, Roman Nasirov, in December, 2019, and the iPhone and iPad of Ukrainian businessman Alexander Levin in February and March 2020.

The identities of the individuals were in a submission in Manhattan federal court filed by a lawyer representing Lev Parnas, an associate of Giuliani who was charged in 2019 with scheming to make illegal campaign contributions.

The names were redacted in the document but could be viewed when copied into a separate document.

Prosecutors are examining Giuliani’s ties to Ukraine and whether he violated a federal law that governs lobbying on behalf of foreign countries or entities. No charges have been filed.

Giuliani has insisted that his activities in Ukraine were conducted on behalf of Trump, not any foreign entity or person.

Last week, prosecutors revealed they had seized 18 electronic devices during raids on Giuliani’s home and his law firm several weeks ago and a cell phone from Toensing. They also say they obtained email and Apple iCloud accounts of Giuliani and Toensing in 2019.

Lawyers for Giuliani have challenged last month’s raids on the grounds that anything gathered from the 2019 search warrants was illegally obtained because investigators improperly intruded on private communications with the president during their secret inquiry.