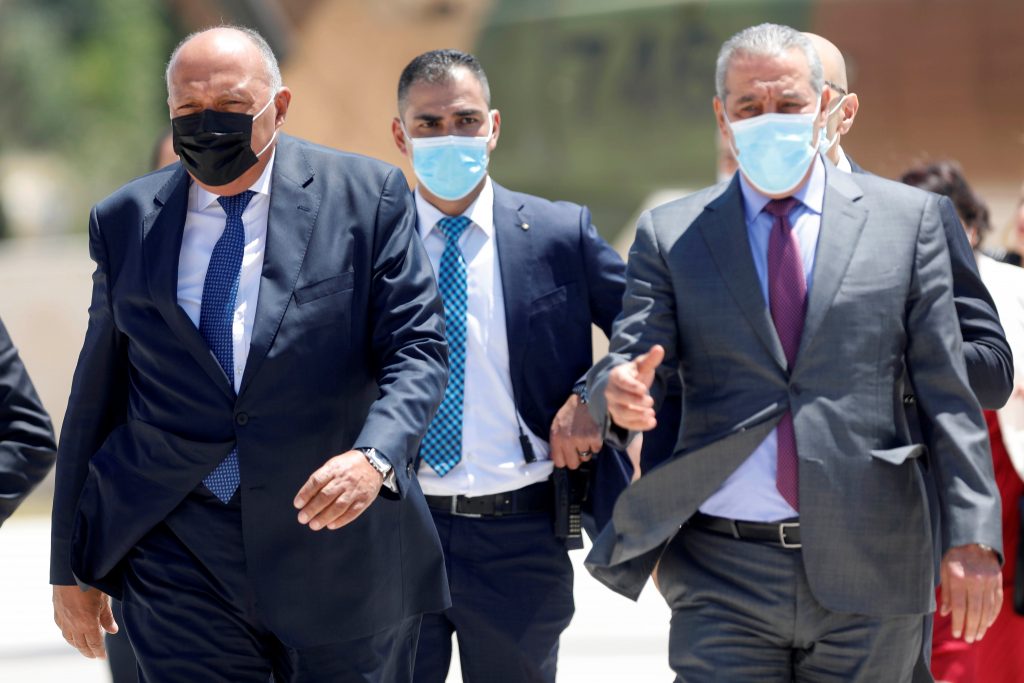 Egypt’s foreign minister on Monday stressed the need to halt practices that undermine peace and escalate violence between Israel and Palestinians, including in East Yerushalayim, the foreign ministry said in a statement.

In a meeting in Ramallah, Sameh Shoukry and Palestinian President Mahmoud Abbas discussed efforts to ensure the continuation of a ceasefire in Gaza and revive the peace process, the statement added.

Meanwhile, Hamas leaders balked at Defense Minister Benny Gantz’s proposal that any non-humanitarian aid be conditioned on Hamas’s release of two Israeli civilians and the bodies of two soldiers captured by Hamas in 2014.

In response, Hamas said it would “not be blackmailed,” according to a report in the Lebanese newspaper Al-Akhbar, The Times of Israel said.

The interview was conducted by Sky’s Middle East correspondent, Mark Stone, who visited al-Zahar in his Gaza home.

Al-Zahar, speaking in English, denied that Hamas uses civilians as shields for its military operations.

“No single rocket was sent from a civilian area. We [fired] most of the rockets from the border,” he claimed.

Stone did not accept the assertion. “That’s not true, though, is it? Because we’ve seen video of rockets being fired from within the built-up area of Gaza City at Israeli communities.”