Israel Over 300 Hurt During Clashes in Al-Aqsa Mosque
Israel 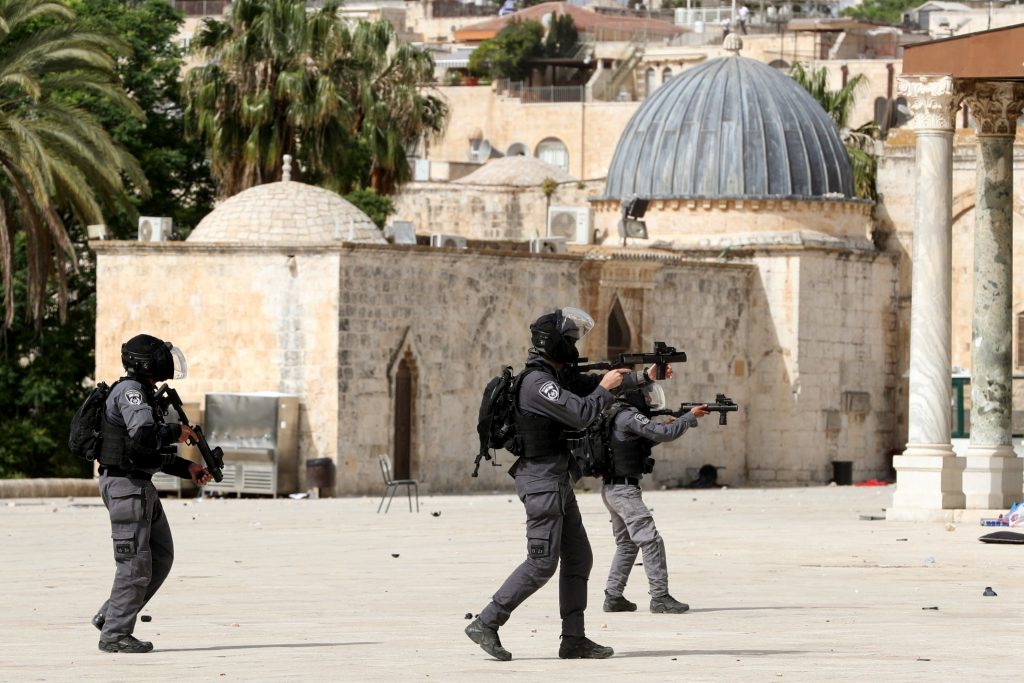 Over 300 people were wounded Monday morning in clashes between Arab rioters and Israeli security forces in Al-Aqsa Mosque.

The rioters were throwing rocks and fireworks at Israel Police personnel who entered the mosque, who responded with riot-control measures, including warning shots, tear gas and stun grenades.

Nine Israeli policemen were injured in the riots on the Temple Mount, one of whom was evacuated for medical treatment.

The IDF’s Coordinator of Government Activities in the Territories, Maj. Gen. Ghassan Alian, issued a warning to the Palestinians: “Israel will not tolerate attacks on its security or law and order, or the violation of stability. It’s a shame that violence and terrorist activity hijack the agenda from people’s welfare and the economy.”

The rioting began after Police Commissioner Yaakov Shabtai decided, following a round of consultations with the chief of the Yerushalayim District Police and other security officials, that Jews will not be permitted to visit Har HaBayis on Monday, Jerusalem Day, due to the spiraling violence.

Leading Poskim have ruled that entry to Har HaBayis these days is an issur Kareis.

Starting early Monday, thousands of police officers and Border Police personnel were patrolling Yerushalayim, and the Old City in particular, after another night of clashes in Eastern Yerushalayim.

Israel Police announced that freedom of worship would remain in place on the Temple Mount, but that rioting would not be accepted.

MK Itamar Ben-Gvir, leader of the far-right Otzma Yehudit, said, “Violence and barbarism have won. The heads of the security establishment, whose policy of accepting every attack on Jews, which in the past day have become pogroms, are at fault. But more than they, Prime Minister Binyamin Netanyahu and Public Security Minister Amir Ohana [are], for allowing the police to fold. Whoever folds when it comes to Har HaBayis, folds when it comes to the Land of Israel as a whole.”

On Sunday, U.S. National Security Adviser Jake Sullivan on Sunday expressed “serious concerns” to his Israeli counterpart about the violent clashes in Yerushalayim.

Ben-Shabbat informed Sullivan that Israel was handling the events from a position of “sovereignty, responsibility and consideration, despite the provocations.”

According to an Israeli official, Ben-Shabbat stressed that “international intervention is a prize for the rioters and their handlers, who hoped to have pressure applied to Israel,” and told Sullivan that it would be helpful if international attention were to address the sources of the incitement.