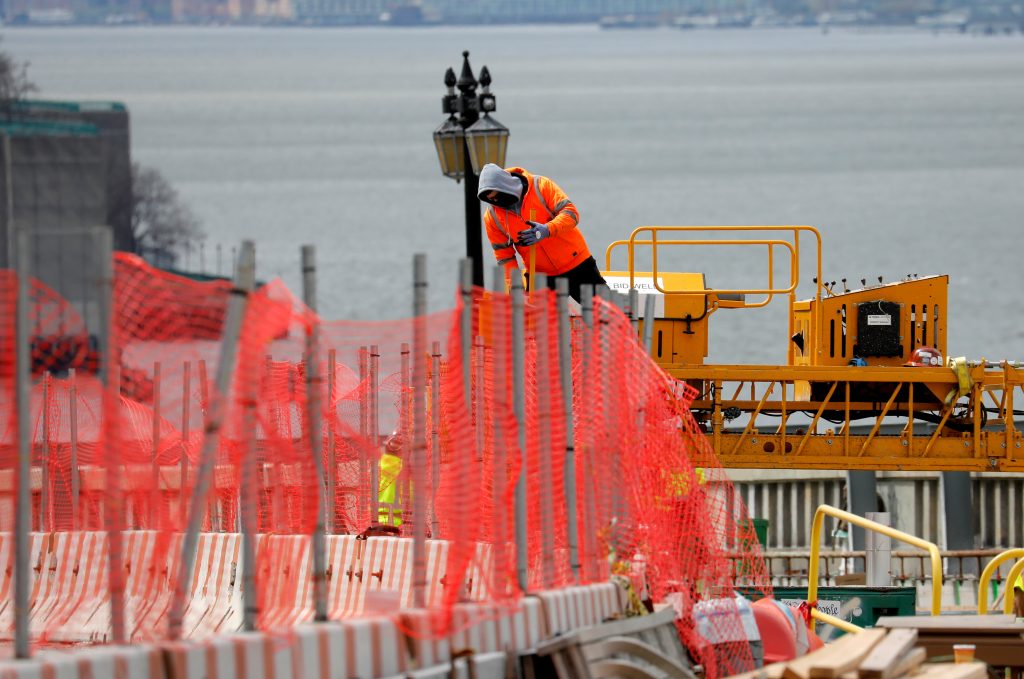 Senate Republicans on Thursday offered an early counterproposal in the nascent Washington debate over improving the country’s aging infrastructure, endorsing roughly $568 billion in new spending that could be financed through higher fees on some drivers.

The package marked a significant departure from the roughly $2 trillion blueprint put forward by President Joe Biden earlier this month. The GOP plan drew sharp criticism from some congressional Democrats, who said it was too small, illustrating the persistent gaps between the parties over the nation’s infrastructure needs and the means by which the government should pay to address them.

The plan backed by Sen. Shelley Moore Capito, W.Va., and other GOP lawmakers who hold key committee posts dedicates most of its funds, totaling $299 billion, towards repairing roads, highways and bridges. That would double the amount of money that Biden put toward fixing public roadways as part of his proposal, known as the American Jobs Plan.

Republicans also call for setting aside $61 billion for public transit, $44 billion for airports and $65 billion for broadband internet access. The party’s infrastructure blueprint further proposes $35 billion for water and wastewater projects, mirroring the amount they are supporting as part of a bipartisan water infrastructure bill slated to come before the Senate next week.

“This is the largest infrastructure investment Republicans have come forward with,” Capito said at a press conference unveiling their early plan.

Republicans recommend recovering the costs of their spending through fees imposed on those who use the infrastructure. While they offered few details of their exact thinking, Capito and other lawmakers said it could potentially include new charges on the owners of electric vehicles. Capito said their approach does not include a proposed increase in the gas tax, which currently funds federal highway spending. The GOP lawmaker previously had raised the idea, but it has met staunch resistance from the White House, where Biden has held firmly to his campaign pledge against raising taxes on Americans making under $400,000.

Senate Republicans said they also hoped to cover some of the spending by repurposing other unused federal funds, taking a fresh swipe at Democrats over the adoption of a $1.9 trillion coronavirus aid bill earlier this year. And their proposal opts against increasing taxes on U.S. corporations, marking another break with Biden, who sought to finance infrastructure reforms through a partial change to the cuts imposed under former President Trump.

The new GOP plan as introduced is unlikely to win much immediate favor among Democrats in Congress and the White House, which have called for a more dramatic increase in federal spending to address the country’s infrastructure needs.

Sen. Ron Wyden, D-Ore., blasted the package Thursday on a call with reporters as “far too small to fund the investments the American people need and strongly support,” fretting the absence of aid to address climate change. And Sen. Bob Casey, D-Pa., joining Wyden, described it as a “scheme” masquerading as a response “to the moment that we’re in.”

“I will fight it with everything I can,” Casey said, pointing to the loss of elder-care provisions he supports in Biden’s plan.

For now, the Republican counter-offer still sets the parameters for further negotiations between the parties. The White House, meanwhile, said Thursday it saw the GOP proposal as a good-faith effort and planned to huddle with lawmakers and their staffs as the days ahead. Biden is also set to unveil his next major economic proposal, the American Families Plan, ahead of an address to Congress next week.

Over the past two weeks, Biden and his top aides have huddled with blocs of key lawmakers in the Capitol in an attempt to solicit the sort of bipartisan compromise on infrastructure that eluded the White House as it secured passage of a $1.9 trillion coronavirus relief plan earlier this year.

“We hope he and his team are looking at it,” said Sen. Roger Wicker, R-Miss., who met with Biden last week to discuss the potential for a bipartisan compromise, adding the GOP proposal would “get us a long way [toward] where we want to go.”