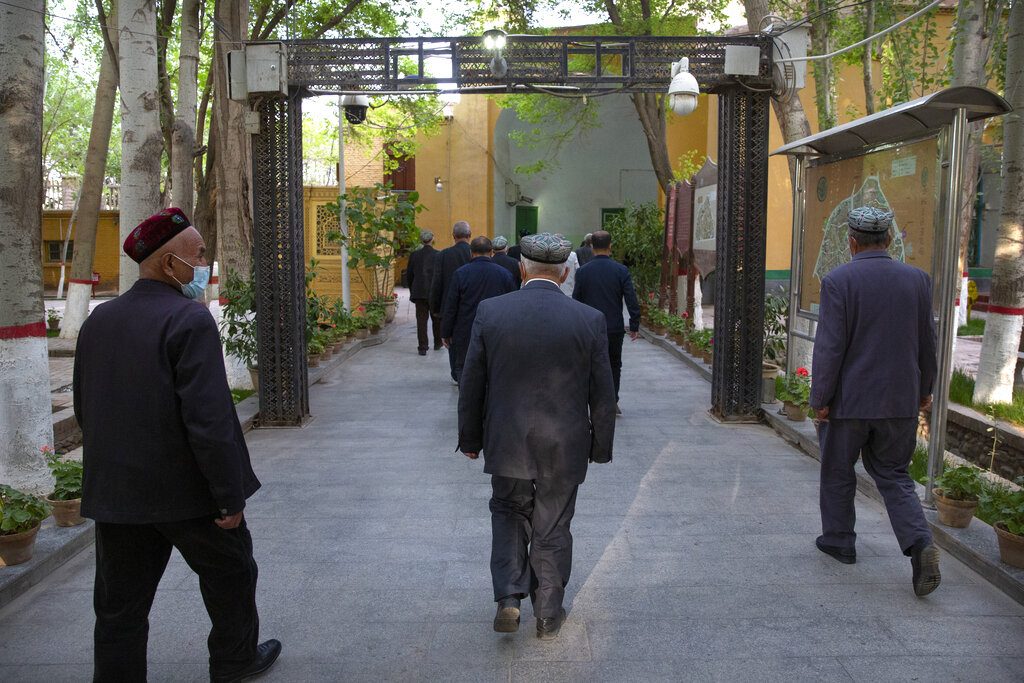 China’s government on Tuesday rejected accusations of abuses in the Xinjiang region after a human rights group appealed for a U.N. investigation into possible crimes against humanity.

Accusations of forced labor or detentions in the northwestern region are “lies and false information concocted by anti-China forces,” said a foreign ministry spokesman, Wang Wenbin. He accused critics of trying to “undermine Xinjiang’s stability and security and curb China’s development.”

On Monday, Human Rights Watch appealed to the U.N. Human Rights Commission to investigate reports of mass detention of Muslims, a crackdown on religious practices and other measures against minorities. It said they amount to crimes against humanity as defined by the treaty that established the International Criminal Court.

More than 1 million people have been confined to camps in Xinjiang, according to foreign governments and researchers.

Beijing rejects complaints of abuses and says the camps are for job training to support economic development and combat Islamic radicalism. The government is pressing foreign clothing and shoe brands to reverse decisions to stop using cotton from Xinjiang due to reports of possible forced labor.

Wang accused news outlets of acting as a “loudspeaker of lies and disinformation.”

China has denied the United Nations unfettered access to the region to investigate.

Wang called on foreign observers to “respect facts and truth” and to “stop the wrong practice of spreading disinformation about Xinjiang and making false statements at every turn.”