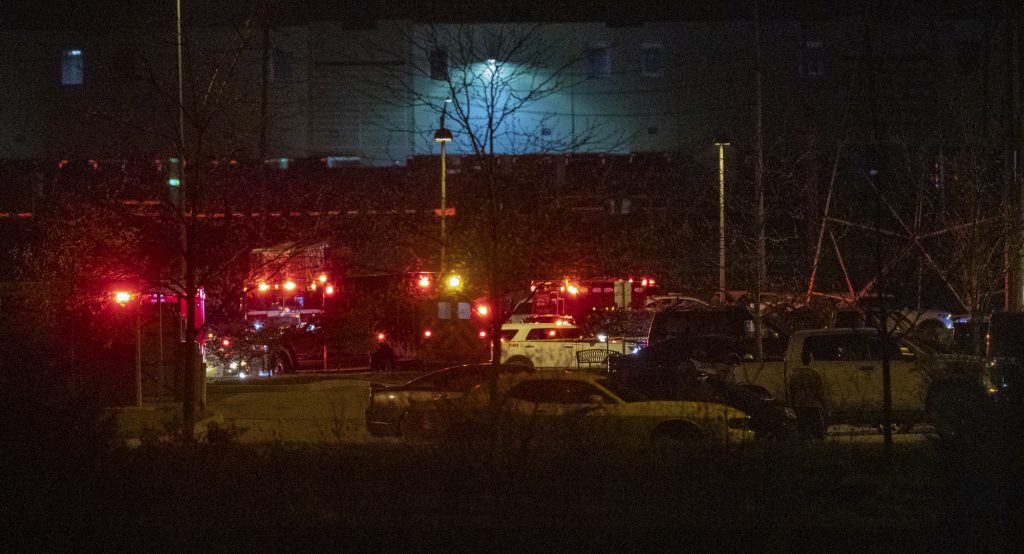 Eight people were shot and killed in a late-night shooting at a FedEx facility in Indianapolis, and the shooter took his own life, police said.

Several other people were injured Thursday night when gunfire erupted at the facility near the Indianapolis International Airport, police spokesperson Genae Cook said.

At least four were hospitalized, including one person with critical injuries. Another two people were treated and released at the scene, Cook said.

The shooter wasn’t immediately identified, and investigators were in the process of conducting interviews and gathering information. Cook said it was too early to tell whether the shooter was an employee at the facility.

It was the latest in a recent string of mass shootings across the U.S. Last month, eight people were fatally shot at massage businesses across the Atlanta area, and ten died in gunfire at a supermarket in Boulder, Colorado.

It was at least the third mass shooting this year in Indianapolis alone. Five people were shot and killed in January, and a man was accused of killing three adults and a child during at argument at a home in March.

Police were called to reports of gunfire Thursday just after 11 p.m., and officers observed an active shooting scene, Cook said.

“We’re still trying to ascertain the exact reason and cause for this incident,” Cook said.

FedEx released a statement saying it is cooperating with authorities and working to get more information.

“We are aware of the tragic shooting at our FedEx Ground facility near the Indianapolis airport. Safety is our top priority, and our thoughts are with all those who are affected,” the statement said.

Family members gathered at a nearby hotel to await word on loved ones. Some said employees aren’t allowed to have their phones with them while working shifts at the facility, making it difficult to contact them, WTHR-TV reported.

Live video from news outlets at the scene showed crime scene tape in the parking lot outside the facility.