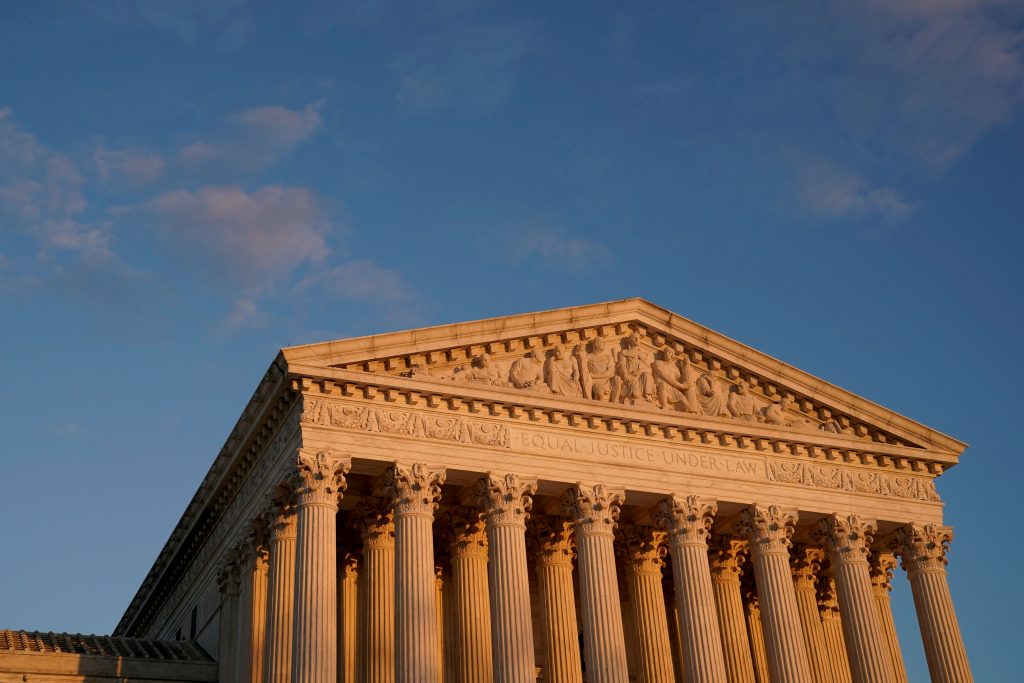 President Joe Biden on Friday formed a bipartisan commission to study potential Supreme Court changes including expanding the number of justices beyond the current nine, a goal of some liberal Democrats hoping to end its conservative majority.

Under an executive order signed by the Democratic president, the 36-member commission will consider the “merits and legality” of potential reforms to the nation’s top judicial body including adding justices or imposing term limits on their service instead of the current lifetime appointments.

The number of Supreme Court justices has remained at nine since 1869, but Congress has the power to change the number and did so several times before that. Imposing term limits would likely require a constitutional amendment, though some scholars have proposed ways to accomplish it by statute.

White House Press Secretary Jen Psaki said the commission will represent the full political spectrum. It will include liberal and conservative legal scholars, former federal judges and lawyers who have appeared before the court. It will hold public meetings and have 180 days to report its findings.

Biden promised in October, late in the presidential election campaign, to establish the commission – a step that enabled him to avoid taking a firm position on the proposal floated by some liberals to expand the court, though he has opposed the idea in the past.

Republicans fiercely oppose the idea of what is sometimes called “court packing.” Some Democrats and liberal activists have said all options including expansion must be considered to counter an entrenched conservative majority that could threaten abortion rights, civil rights, gun control and access to healthcare in the coming years.

Republican former President Donald Trump was able to appoint three justices during his four years in office, giving the court a 6-3 conservative majority.

Democrats accused Republicans of “stealing” a Supreme Court seat in 2016 when the Senate, then controlled by Republicans, refused to consider Democratic President Barack Obama’s nomination of Merrick Garland to fill a vacancy left by the death of conservative Justice Antonin Scalia.

Senate Republicans at the time, led by then-Majority Leader Mitch McConnell, said it would be inappropriate to confirm a justice during a presidential election year. Their gambit paved the way for Trump in 2017 to replace Scalia with another conservative, Justice Neil Gorsuch.

Democrats accused Republicans of hypocrisy last year when the Senate quickly confirmed Trump’s appointment of conservative Justice Amy Coney Barrett a week before the presidential election after the death of liberal Justice Ruth Bader Ginsburg the prior month.

Calling it a “faux-academic study of a non-existent problem,” McConnell blasted Biden’s commission as a political attack on the court.

The court‘s oldest member is liberal Justice Stephen Breyer, 82. If Breyer retires this year, as liberal activists have urged him to do, Biden would make his first appointment to the high court. Biden has promised to name a Black woman, which would be a historic first. But replacing a liberal with a liberal would not change the court‘s ideological balance.

Psaki said Biden “believes that’s a decision for Justice Breyer to make when he decides it is no longer time to serve on the Supreme Court.”

In a speech at Harvard Law School on Tuesday, Breyer indicated that changes to the court could undermine its authority. The court, Breyer said, depends on “trust that the court is guided by legal principle, not politics.”

Some liberal activists on Friday demanded immediate action to expand the court.

“Adding seats is the only way to restore balance to the court, and Congress should get started right away,” said Aaron Belkin, who heads the liberal group Take Back the Court.

The last attempt to expand the court was a failed effort in the 1930s by Democratic President Franklin Roosevelt after a series of rulings frustrated some of his policies.