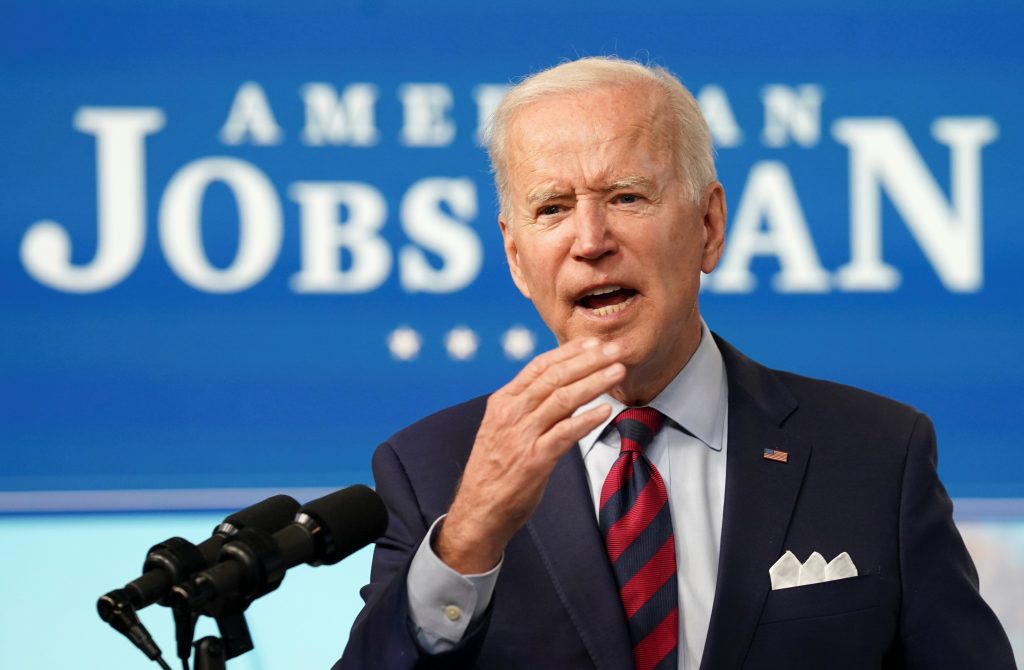 President Joe Biden is seeking to ease a national affordable housing shortage by pushing local governments to allow apartment buildings in neighborhoods that are currently restricted to single-family homes.

The $5 billion plan could push the White House into a debate pitting older homeowners against younger workers seeking to gain a foothold in the most expensive U.S. cities, where many families spend a third or more of their income on housing.

The proposal, which would provide financial incentives to local governments that change zoning laws restricting many neighborhoods to single-family homes, is an example of the sort of broad social policy changes Democrats are including in Biden‘s $2 trillion infrastructure bill.

Critics of the zoning laws say they drive up housing costs, contribute to urban and suburban sprawl and perpetuate racial segregation.

“It’s an enormous step forward,” said Richard Kahlenberg, a housing expert at the Century Foundation, a left-leaning think tank. “Very few politicians have taken the next step to propose something really meaningful to change the system.”

The infrastructure bill would need to pass the narrowly Democratic-controlled Congress, where Republicans are already attacking it as not focused on roads and bridges.

Zoning laws were rare in the United States until the Supreme Court in 1917 struck down laws that prevented Black people from buying property in white neighborhoods, prompting local governments to adopt rules that set minimum lot sizes and barred apartment buildings from many neighborhoods.

Under pressure from politically active homeowners, urban areas with the tightest restrictions in place – coastal cities including New York and San Francisco – have increased them further since 2006, according to a University of Pennsylvania survey.

Younger Americans, civil rights groups and employers have pushed some cities in the opposite direction. In recent years, Minneapolis has allowed small apartments to be built in residential areas across the city, and Oregon made a similar change for all urban areas.

California last year allowed smaller living spaces to be built next to single-family homes. But its Democratic-controlled legislature rejected a bill that would have required cities to allow developers to build high-density apartment buildings near transit lines and job centers, even if they are located in single-family neighborhoods.

With the U.S. economy near full employment in 2019, roughly one in three U.S. households still spent more than 30% of income on housing, near record highs, according to Harvard University’s Joint Center for Housing Studies.

The Biden proposal would set up a $5 billion fund for local governments to compete for grants to pay for new schools, roads or bridges if they agreed to loosen zoning rules.

“This is a new approach that is purely carrot, no stick,” said a White House official on condition of anonymity.

Trump himself explicitly campaigned against the idea last year, warning “suburban housewives” that crime would spike and home values drop if zoning rules were relaxed.

Housing experts praised Biden‘s proposal, but said it may do little to influence affluent communities that have the tightest zoning laws, which have little need for federal assistance.

“This isn’t going to change the world, but it could do some amount of good,” said Jenny Schuetz, a senior fellow at the Brookings Institution think tank.

Biden may get more results if he conditions the hundreds of billions of dollars of transportation and housing spending in his proposal to zoning changes, but that could spur a backlash that could make it harder to pass into law, she said.

The sheer scale of Biden‘s proposed spending – $2 trillion in infrastructure following $1.9 trillion in coronavirus aid – may also dilute the impact of the $5 billion fund.

“We’ll have to see how this plays out in a world in which there will be a lot of money sloshing around,” said Michael Stegman at the Urban Institute, who is a former senior housing adviser to Obama.