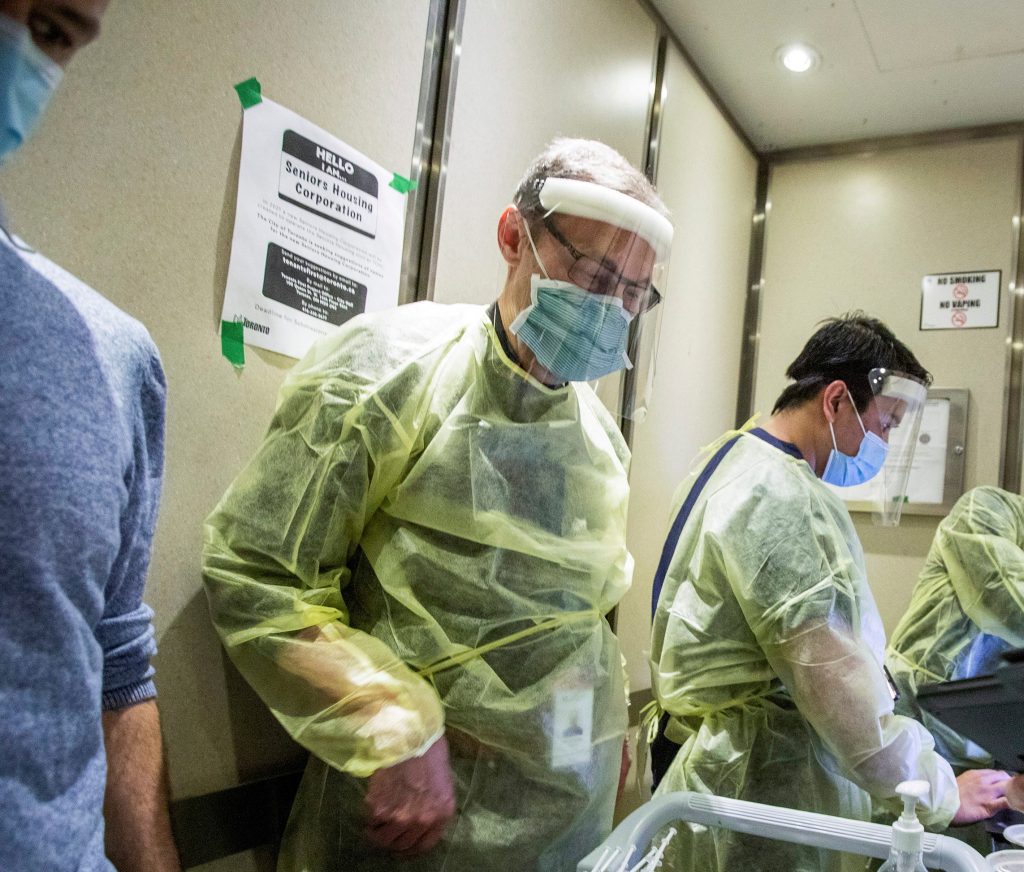 The Canadian province of Ontario will enter a limited lockdown for 28 days on Saturday, as COVID-19 cases and hospitalizations rise and more dangerous virus variants take hold, the premier said on Thursday.

The lockdown for Canada’s most populous province will fall short of enacting a stay-at-home order, which new government modeling released earlier on Thursday suggested would be necessary to avoid a doubling to some 6,000 new COVID-19 cases per day by late April.

Ontario’s third lockdown since the pandemic began will shutter all indoor and outdoor dining, although retailers will remain open with capacity limits, Premier Doug Ford said, calling the measures “pulling the emergency brake” on the entire province.

“We’re now fighting a new enemy,” Ford said. “The new variants are far more dangerous than before. They spread faster and they do more harm than the virus we were fighting last year… That means we need to take action now.”

The Canadian Federation of Independent Businesses (CFIB) panned the lockdown measures, calling it “unconscionable” for the government to “continue to rely almost exclusively on blanket lockdowns” for controlling cases. It said the new measures were making small businesses bear the brunt of “the Ontario government’s lack of planning or foresight.”

Ford said that because the measures would apply to the entire province, people would not be able to move between health regions and avoid restrictions, making them more effective.

Not closing schools “is irresponsible at best and dangerously negligent at worst,” Sam Hammond, president of the Elementary Teachers’ Federation of Ontario, said in a statement.

Earlier on Thursday, new modeling released by an expert panel advising the provincial government predicted that new cases of COVID-19 would double unless the government imposes a stay at home order.

The report suggested a two or four-week stay at home order imposed on April 5 could reverse the rise in new infections.

The new model came as more than 150 critical care doctors published a letter urging Ontario to act to halt a wave of infections there.

“We are seeing younger patients on ventilators – many are parents of school-aged children,” the letter said. “We are seeing entire families end up in our ICUs. We are caring for people who have contracted COVID-19 at work, or who have followed all the rules and only gone out for groceries.”

As new, more contagious and deadly coronavirus variants spread across the province, the number of COVID-19 patients in intensive care units has reached 464, higher than at the peak of the last wave, said Ontario Chief Medical Officer David Williams at a media briefing.

Data confirms that current seriously ill patients are younger with 46% of ICU admissions between March 15 and March 21 under age 60, up from 30% during a December surge, according to the expert panel.

Fears over a surge in cases led Quebec Premier François Legault to shut schools and non-essential businesses starting Thursday night in certain parts of the province.

Howard Njoo, Canada’s deputy chief medical officer, said he was particularly concerned about the potential for COVID-19 to spread as people gather for religious services this weekend.

“We have seen in the past a spike in cases following a long weekend,” he told a briefing in Ottawa on Thursday. “We’re very worried and really I would implore all Canadians … to stay home.”