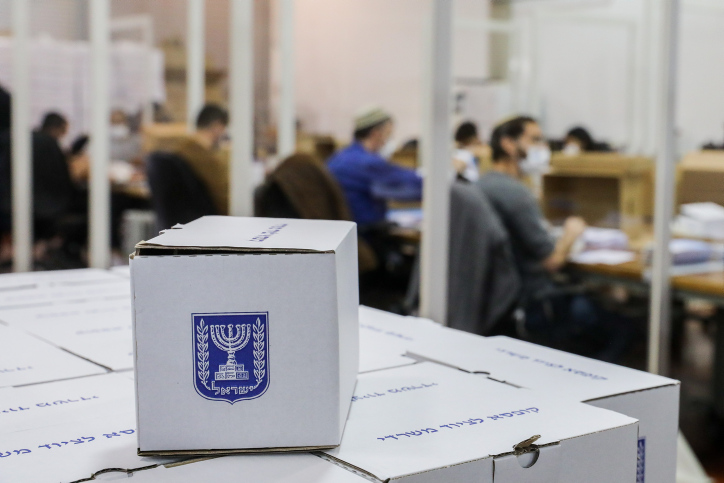 Israel’s election results are not expected to be in for several days. The main reason for the delay is the increase in “double envelope” ballots, which are not counted at the voting sites, but brought to the Central Election Committee main headquarters for counting after the regular ballots.

Included in these “double envelopes” are votes of soldiers, medical workers, hospital patients – including this year corona patients and those in quarantine – the disabled, diplomats overseas and people detained in correctional facilities.

According to Yediot, the number of these “double” ballots is expected to be as much as 500,000 to 600,000, the equivalent of 15 seats in the Knesset. This many people voting in other places could affect the accuracy of the exit polls.

In general, results are announced eight days after the elections, something not possible this time with Pesach’s arrival.

President Reuven Rivlin has announced that he will wait approximately two weeks before starting negotiations with party leaders who have made it into the Knesset on who should form the next government, as results are expected to be very close.

“Unlike in the past, President Rivlin won’t hold consultations before the final results are filed, to ensure that they are clear and unequivocal. That will take about two weeks,” Harel Tubi, the director-general of President’s Residence, told Army Radio, confirming an earlier report by the Makor Rishon newspaper.