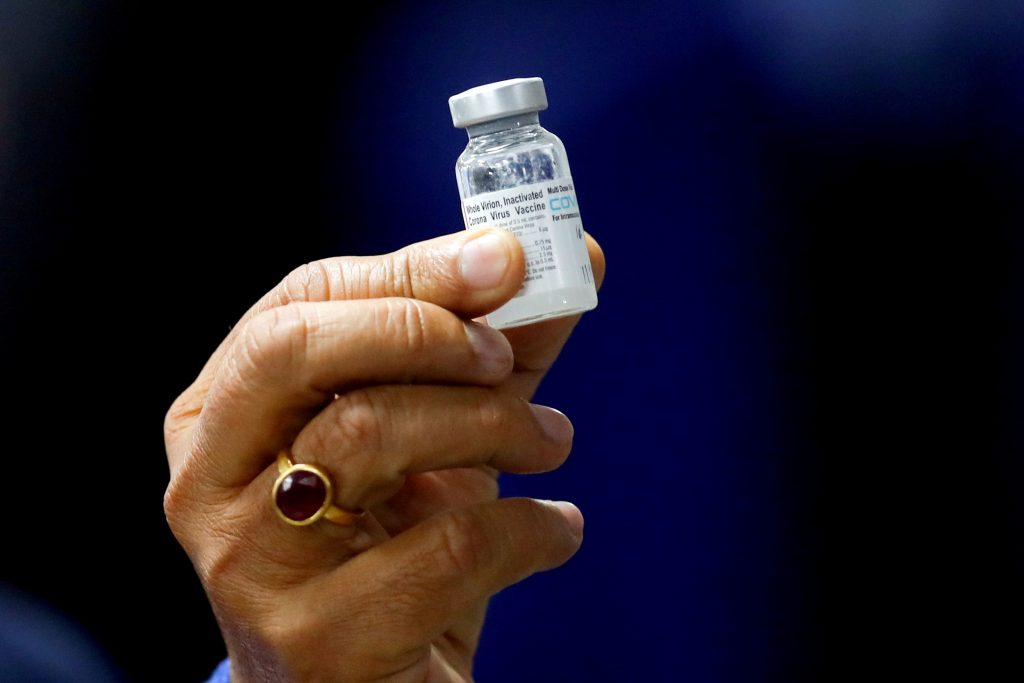 An Indian coronavirus vaccine that generated controversy when it was granted emergency approval before finishing its final stage of testing has shown to provide strong protection against COVID-19 in an interim analysis of an advanced clinical trial.

Covaxin, which was co-developed by Hyderabad-based Bharat Biotech International Ltd. and the Indian Council of Medical Research, showed an efficacy of 81% in those without prior infection after a second dose, the company said in a statement Wednesday. That’s better than Bharat Biotech’s guidance last year of around 60% and the country’s benchmark of 50% for vaccines targeting COVID-19.

The findings cement Bharat Biotech’s claims of the vaccine being safe and may help overcome vaccine hesitancy as India rolls out one of the world’s biggest inoculation programs to contain its massive outbreak. The data is also a rebuttal for critics who had questioned the unprecedented haste with which the indigenously produced shot was approved in early January and deployed among India’s frontline health-care workers even before providing any Phase 3 trial data.

In June last year, India’s drug regulator permitted the family-run and closely-held Bharat Biotech to develop a homegrown vaccine in record time. Soon after, work on Covaxin was bogged down by controversies ranging from unrealistic government schedules to sporadic reports of adverse reactions.

Despite the vaccine receiving the emergency-use approval in January, many of those in the priority list for receiving the initial injections failed to turn up for their shots, concerned that they may be given the experimental vaccine. The signups among those willing to be vaccinated have improved in the past week.

Officials in New Delhi and the management of Bharat Biotech have vigorously defended the vaccine’s safety and effectiveness during the roll out. The new data may boost uptake in a nation that has registered the world’s second-largest outbreak and is reporting a further spurt of infections in some states such as Maharashtra, triggering fears of regional restrictions after a national lockdown in March last year that hobbled the economy.

India has also approved the shot from Astrazeneca Plc’s local partner, the Serum Institute of India Ltd., but the country’s inoculation campaign saw a tepid response in the initial weeks, endangering its target of reaching about a quarter of its population by August.

With a capacity to manufacture about 300 million doses on an annual basis, the promising efficacy data will likely help Bharat Biotech find further export markets. The company shipped the vaccine to Brazil this month and has signed an agreement with Ocugen Inc. to co-develop the vaccine for the U.S.