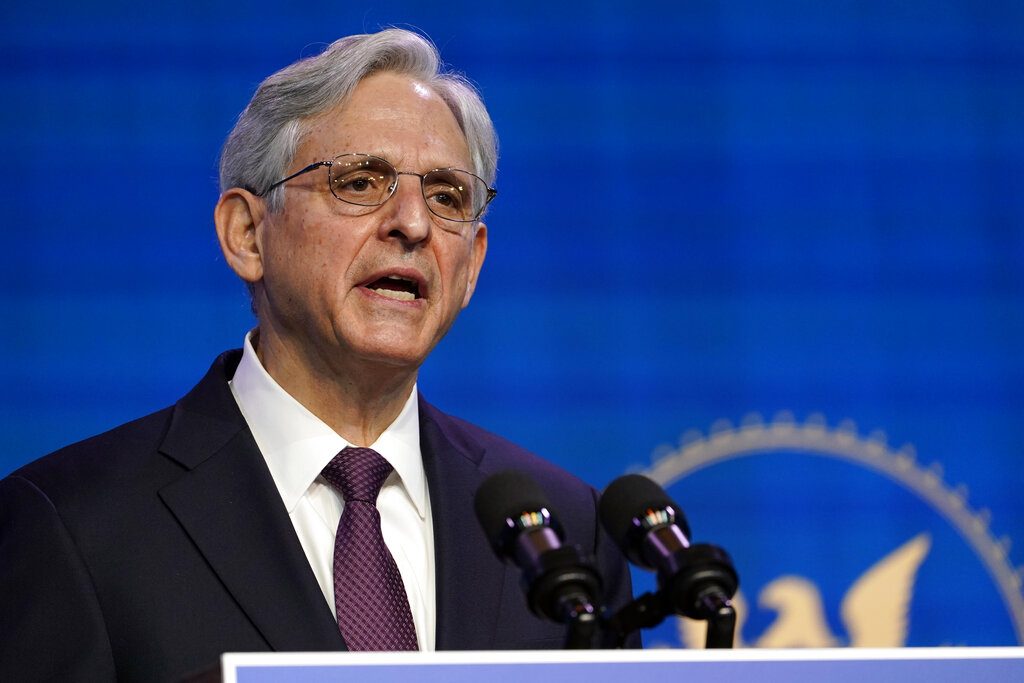 The last time Merrick Garland was nominated by the White House for a job, Republicans wouldn’t even meet with him.

Now, the once-snubbed Supreme Court pick will finally come before the Senate, this time as President Joe Biden’s choice for attorney general. Garland, an appeals court judge, is widely expected to sail through his confirmation process, which begins Monday before the Democratic-controlled Senate Judiciary Committee, with bipartisan support.

“Judge Garland’s extensive legal experience makes him well-suited to lead the Department of Justice, and I appreciated his commitment to keep politics out of the Justice Department,” Sen. John Cornyn, R-Texas, said in a statement. “Unless I hear something new, I expect to support his nomination before the full Senate.”

Biden’s choice of Garland reflects the president’s goal of restoring the department’s reputation as an independent body. During his four years as president, Donald Trump had insisted that the attorney general must be loyal to him personally, a position that battered the department’s reputation. Garland’s high court nomination by President Barack Obama in 2016 died because the Republican-controlled Senate refused to hold a hearing.

Garland will inherit a Justice Department that endured a tumultuous time under Trump — rife with political drama and controversial decisions — and abundant criticism from Democrats over what they saw as the politicizing of the nation’s top law enforcement agencies.

The department’s priorities and messaging are expected to shift drastically in the Biden administration, with a focus more on civil rights issue, criminal justice overhauls and policing policies in the wake of nationwide protests over the death of Black Americans at the hands of law enforcement.

Garland plans to tell senators the department must ensure laws are “fairly and faithfully enforced” and the rights of all Americans are protected, while reaffirming an adherence to policies to protect its political independence, with the attorney general acting as a lawyer for the American people, not for the president.

The Justice Department on late Saturday released a copy of Garland’s opening statement.

Garland will also confront some immediate challenges, including the criminal tax investigation into Biden’s son, Hunter, and calls from some Democrats to investigate Trump, especially after thousands of pro-Trump rioters stormed the U.S. Capitol on Jan. 6 as Congress was meeting to certify Biden’s electoral win. Garland, in his prepared remarks for the Senate committee, calls the insurrection a “heinous attack that sought to distrust a cornerstone of our democracy: the peaceful transfer of power to a newly elected government.”

A special counsel’s inquiry started by William Barr, while he was attorney general, into the origins of the Trump-Russia investigation also remains open. It will be up to Garland to decide what to make public from that report.

Garland is an experienced judge who held senior positions at the Justice Department decades ago, including as a supervisor in the prosecution of the 1995 Oklahoma City bombing. But he is set to return to a department that is radically different from the one he left. His experience prosecuting domestic terrorism cases could prove exceptionally handy now.

Garland probably will face pressure from civil rights groups to end the federal death penalty after an unprecedented run of capital punishment during the Trump administration. Thirteen federal executions were carried out in six months, and they became superspreaders during the coronavirus pandemic.

There could be questions, too, about the department’s handling of a federal criminal and civil rights investigation examining whether members of New York Gov. Andrew Cuomo’s administration intentionally manipulated data about nursing home coronavirus deaths.

The new chairman of the Senate committee handling the nomination, Sen. Dick Durbin, D-Ill., said Garland was well deserving of the post.

“And in light of his past treatment of the United States Senate, his day before the microphones is long overdue,” Durbin said.