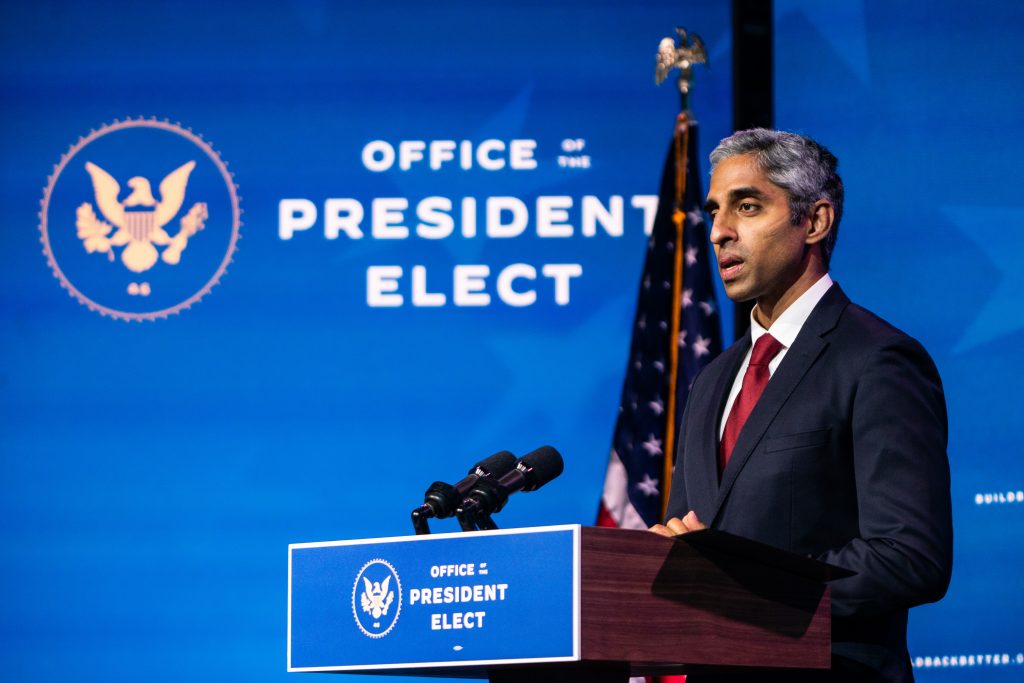 As Vivek H. Murthy advised Joe Biden on the pandemic during the 2020 presidential campaign, culminating in Murthy’s nomination as surgeon general, he also maintained a lucrative side business: coronavirus consultant to the private sector.

Murthy was paid millions of dollars last year in coronavirus-related consulting for Carnival Corporation’s cruise lines, Airbnb’s rental properties and other firms, in addition to collecting hundreds of thousands of dollars in speaking fees from dozens of organizations, according to ethics documents that Murthy filed this month. The disclosure caught the attention of longtime health policy hands – saying that Murthy has the most financial entanglements of any surgeon general pick in recent history – and of watchdogs who raise questions about how credible he would be as a spokesperson on the pandemic response and presidential adviser.

“We didn’t have a full window into how enmeshed he was in the selling-advice process,” said Jeff Hauser, who leads the Revolving Door Project, part of the Center for Economic and Policy Research, a progressive think tank. “There are large questions in the minds of the public about the health and safety risks that might exist in areas like the cruise industry, and we want the surgeon general to give people completely impartial advice.”

Murthy, whose Senate confirmation hearing is scheduled for Thursday, is expected to narrowly win confirmation to return to the role of surgeon general, six years after his first grueling confirmation battle as President Barack Obama’s nominee – and four years after President Donald Trump abruptly fired him, shortly after taking office. Murthy’s financial disclosures could complicate his candidacy given strong conservative opposition to him on other grounds – such as his longtime advocacy of treating gun violence as a public health problem.

But Murthy is unlikely to be confirmed if Democrats suffer a single defection – and Sen. Joe Manchin, D-W.Va., who supports gun rights and voted against Murthy in 2014 citing his political activism, “has not decided how he will vote on Dr. Murthy’s nomination,” said Sam Runyon, the senator’s spokesperson.

Murthy declined to comment on his financial disclosures, and Biden administration officials defended the nomination.

“If confirmed to serve for a second time as Surgeon General, Dr. Murthy will provide the public with clear, accurate health information to keep them safe, rooted only in facts and science,” a Department of Health and Human Services official said in a statement, speaking on the condition of anonymity to discuss a nominee in advance of his confirmation. “The Biden administration has committed to the highest level of ethics for all nominees, which is critical to earn and keep the public trust, and he has signed a strict and thorough ethics agreement.”

While the surgeon general serves as the nation’s public health spokesperson and traditionally has a limited voice in policymaking, Biden has pledged that will have an expanded role.

“He’ll also be a key adviser to me and help lead an all-government approach to broader public health issues,” Biden said in December, announcing Murthy’s nomination. “I mean this sincerely, Vivek, I’m grateful for your willingness to continue to stay in public service.”

Murthy disclosed at least $2.6 million in consulting fees and speaking engagements since January 2020, in addition to serving as an adviser to four companies that focus on health services and products, according to his ethics paperwork and two people with knowledge of Murthy’s duties.

Murthy was also paid at least $522,650 to deliver about three dozen speeches to hospitals and health insurers, as well as firms like Google and UBS Financial Services, on a variety of topics, including a book that Murthy wrote on loneliness. Murthy this month pledged to government ethics officials that if confirmed, he will “not participate personally and substantially” in matters involving his former consulting clients for one year, unless he’s authorized to do so, and also promised to follow Biden’s broader ethics pledge, which would require recusals from certain client-related matters for two years.

A spokesperson for Sen. Patty Murray, D-Wash., who chairs the Senate health committee that will hear Murthy’s nomination, said the senator was confident in Murthy’s ethical pledges and planned to vote for him, calling him “a known, trusted leader on matters of public health.”

Hauser, whose organization panned Trump health officials for their many corporate ties during the coronavirus response, said he’s particularly concerned about Murthy’s months-long engagements with companies like Carnival and Airbnb, which Hauser argued could subtly affect his decision-making process.

“Going from corporate adviser to public health official, I think that’s a considerably different job than coming in from academia or a hospital,” he said, praising Murthy’s résumé but criticizing his “entrepreneurialism” in his years out of office.

On Capitol Hill, Senate Democrats who attacked Trump’s health nominees for their corporate ties but have been silent on Murthy. Sen. Elizabeth Warren, D-Mass., repeatedly highlighted the financial entanglements of former Food and Drug Administration Commissioner Scott Gottlieb, even after he left office and joined Pfizer’s board. “This kind of revolving door influence-peddling smacks of corruption,” Warren wrote in July 2019, three months after Gottlieb had resigned from the FDA. Warren’s office did not respond to repeated requests for comment about Murthy’s financial disclosures.

Meanwhile, Senate Republicans said they were cautious about bringing up Murthy’s financial entanglements at Thursday’s hearing, arguing industry experience could be an asset – reiterating a stance they took during the Trump administration- but that they planned to attack Murthy’s policy stances.

“We don’t like his position on guns being a public health issue,” said a Senate GOP health committee aide, speaking on the condition of anonymity to discuss the confirmation battle.

Outside of government, watchdogs like Hauser say they remain uneasy about health officials like Murthy, who cycle between government positions and private sector consulting.

“We’re not arguing that you should hermetically seal public servants in cocoons so they never talk to people in the industry,” Hauser said. “I do worry about the ability of companies to develop these sorts of relationships when people are out of office, and then call on them when they go back.”