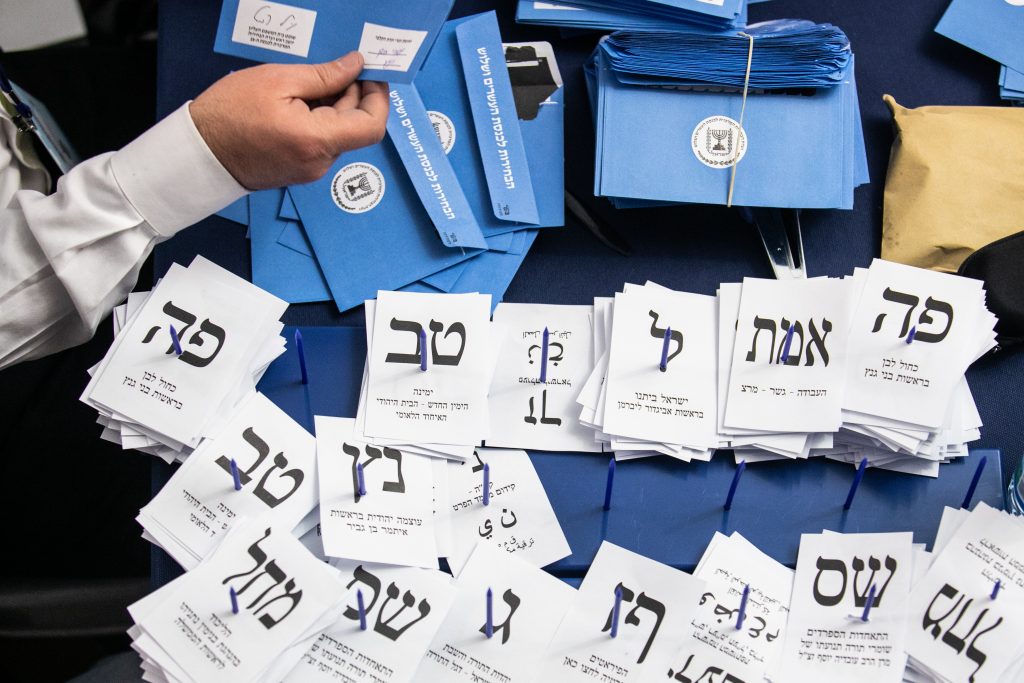 The first poll released after closing of party registration shows were the elections held today, the Likud would remain the largest party in the Knesset despite dropping seven seats from the previous election, receiving 29 seats.

According to the poll conducted by Panels Politics and published by Ma’ariv on Friday , in head-to-head matchups between Prime Minister Binyamin Netanyahu and rival candidates, the incumbent Prime Minister bests former Likud minister and New Hope party chairman Gideon Sa’ar by five points, 47% to 42%.

The poll also found that Yesh Atid and the New Hope are tied for second at 16 seats each, with Yamina in a distant fourth place with 11 seats.

The Joint Arab List is projected to receive 10 seats, down from its current 15 but the same as in the previous Panels Politics poll, released Thursday. The United Arab List (Ra’am) which split off from the Joint Arab List, received just 0.9% of the vote.

Labor and the Meretz party are projected to receive six and five seats respectively, with the Religious Zionist Party – an alliance of the National Union, Otzma Yehudit, and Noam factions – narrowly crossing the electoral threshold with four seats.