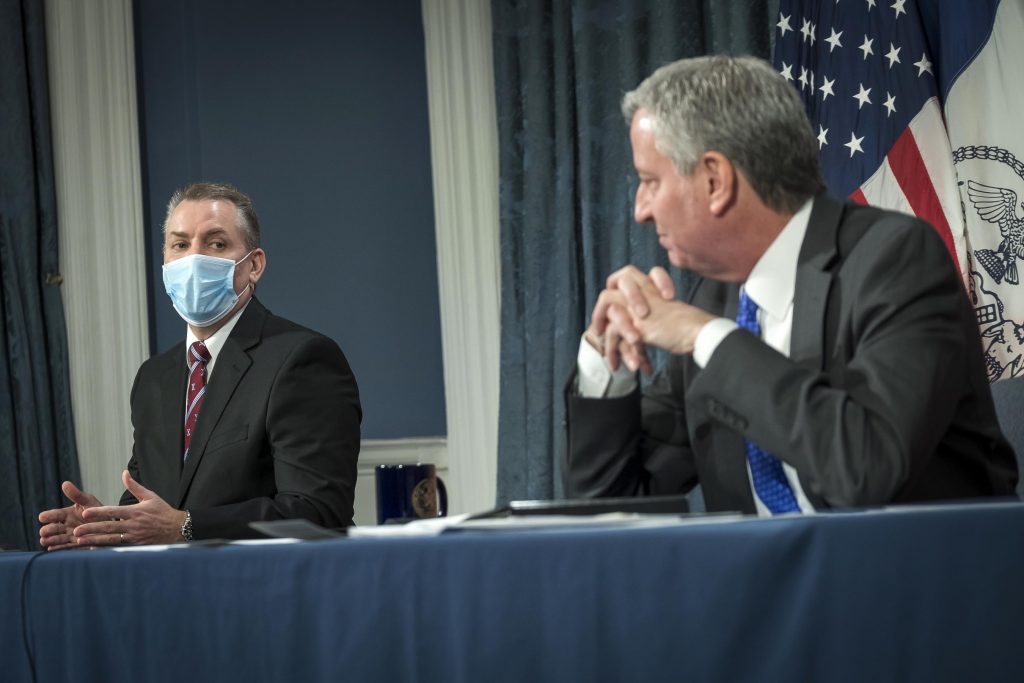 NYPD Commissioner Dermot Shea on Thursday appeared with Mayor Bill de Blasio to sign off on new accountability and oversight programs for the police department.

“All of these things will be coming together as we enter 2021, we build out a deepening relationship between police and community that will also make us safer,” said de Blasio.

The Memorandum of Understanding (MoU) was signed by Shea and Fred Davie, the head of the newly-formed Civilian Complaint Review Board. It outlines a new disciplinary matrix system to allow the public to follow what complaints were lodged against police officers and what was done by the department in response.

“I view it as an important step in the ongoing journey – and the keyword is ongoing here – to build strong public trust,” said Shea at de Blasio’s press conference.  “That document is going to bring greater transparency and oversight to the NYPD’s disciplinary process.”

The disciplinary matrix was put into effect in January, and will track uses of aggressive force and failing to turn on body cameras to record interactions, among other offences.

The CCRB will also be involved in creating community Police Precinct Councils to have input in choosing local precinct commanders.

“I am thrilled with New York City’s plan to improve policing and to have CCRB at the center of that and to understand the importance of increasing trust and accountability in this process,” said Davie.