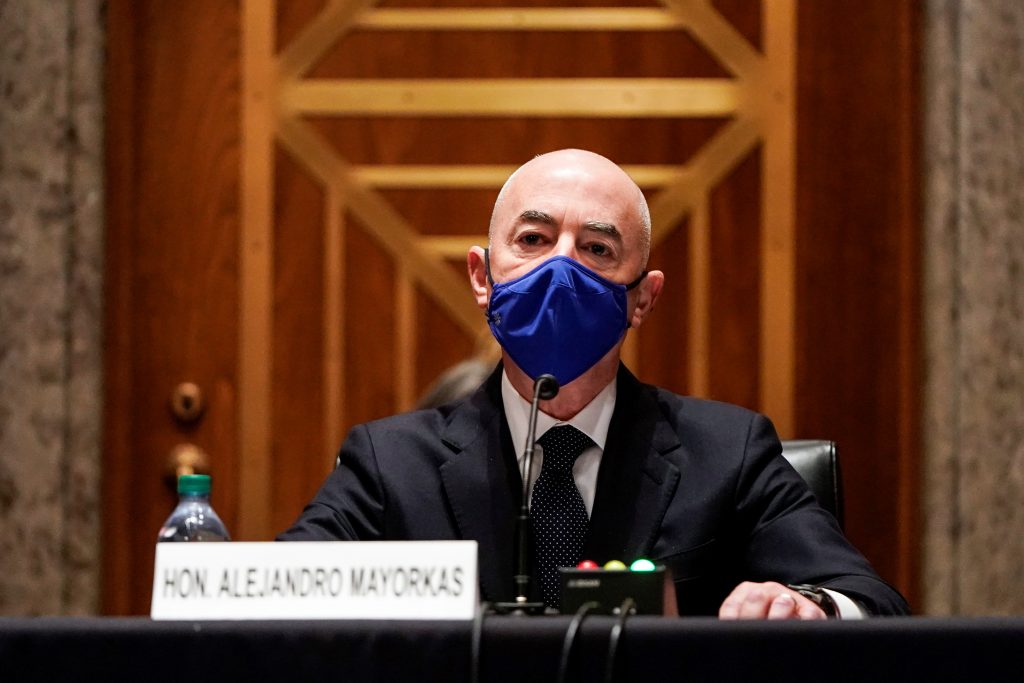 Two more of President Biden’s cabinet picks were confirmed on Tuesday. The Senate confirmed Alejandro Mayorkas to head the Department of Homeland Security, making him the first Latino and immigrant to hold the position and further solidifying President Joe Biden’s Cabinet.

Mayorkas is Jewish; his mother was a Romanian Holocaust refugee who fled to Cuba, where she met his father, who was part of the island’s Sephardi community. The family moved to the U.S. after Castro took over.

The Senate approved Mayorkas despite strong opposition from Republicans.

As secretary of the sprawling agency, Mayorkas will oversee a 240,000-employee department responsible for border security, immigration enforcement, cybersecurity and disaster readiness and relief, among other missions.

Mayorkas, 61, will also stand at the center of Biden’s attempts to reverse many immigration restrictions put in place by Republican former President Donald Trump.

Mayorkas is the sixth of Biden’s Cabinet appointments that require Senate confirmation to be approved. Earlier on Tuesday, the Senate confirmed Pete Buttigieg to be transportation secretary.

Buttigieg was confirmed on an 86-13 vote to head the U.S. Transportation Department.

Buttigieg, the former mayor of South Bend, Indiana, who challenged Joe Biden for the 2020 Democratic presidential nomination, will oversee aviation, highways, vehicles, pipelines and transit, as well as efforts to ensure safe transportation in the face of the COVID-19 pandemic. He will take a key role in a White House effort to dramatically ramp up infrastructure spending.

Senator Maria Cantwell said Buttigieg understands the extent of significant unmet U.S. infrastructure needs, which she said the government has underfunded by at least $1.5 trillion over the last decade.

“He dealt with infrastructure where the rubber meets the road, managing state, federal, and local resources, to help build infrastructure in his community,” Cantwell said.

Biden, who entered the White House on Jan. 20, has proposed $20 billion in additional government assistance to help U.S. transit systems struggling with a massive drop in ridership amid the COVID-19 pandemic.

Transit unions and a group representing transit systems on Monday asked for nearly $40 billion in government assistance, while other transportation interests have collectively sought more than $70 billion in additional government help.

Congress has allocated $39 billion in emergency funding for transit systems, including $14 billion approved last month, and $65 billion in government loans and bailouts to U.S. passenger airlines. Lawmakers awarded $12 billion to airports and $2 billion to the Amtrak passenger train service.

Buttigieg must decide whether to fund a planned $13 billion tunnel connecting New York and New Jersey in the heavily traveled Northeast rail corridor and whether to greenlight congestion pricing in Manhattan.

Biden wants to boost spending dramatically on U.S. infrastructure and vows to raise fuel economy standards that were slashed under former-President Donald Trump and to replace the government’s vehicle fleet with electric vehicles.