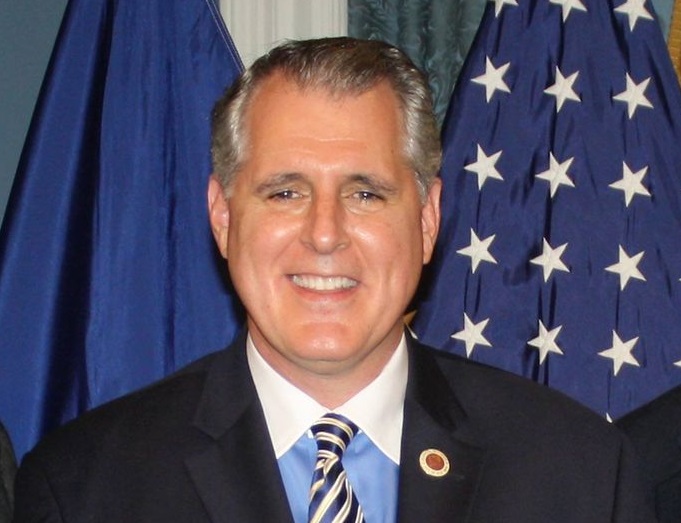 Moderate Democrat James F. Gennaro won a special election Tuesday for the New York City Council’s 24th District seat in Queens, defeating Moumita Ahmed, a progressive candidate who had come under fire from the Jewish community for a tweet about Israel.

Gennaro did not quite declare victory Tuesday night. “I feel humbled that the early returns show that our campaign is likely to prevail,” Gennaro tweeted at 11:05 p.m., when more than 95% of the votes had been counted. “I am of course compelled to respect the process of the counting of all the ballots. I eagerly await those final results. I am grateful to the people who supported us and to my fellow candidates.”

Ahmed did not actually concede defeat, either, tweeting at 9:39 p.m., after more than 89% of the ballots had been counted, “We are a people-powered grassroots campaign that has been speaking to voters in District 24 all day about taking power away from billionaires and instead investing in everyday people in our community. We are incredibly proud of the team we built & the energy of our campaign.”

Gennaro’s clear majority of the vote means that the city’s new ranked-choice voting system – used in this election for the very first time – was not a factor.

Gennaro had held the 24th City Council seat for three terms ending in 2013, before being term-limited out. Since 2014, he has served in the Cuomo Administration’s Department of Environmental Conservation.

(In special elections, candidates do not run as members of major parties, but form their own parties; Gennaro’s was called “Queens Strong” and Ahmed’s was “Mo For The People.”)

Ahmed faced criticism from the Jewish community when a 2015 tweet surfaced recently, in which Ahmed had written, “My every heartbeat is with the children of Palestine,” in response to a tweeted photo that showed a baby with a photoshopped bullet wound, a bomb with a star like the Israeli flag’s, and the text “Please Boycott Israel.” After the tweet surfaced, Ahmed tweeted, “I absolutely abhor antisemitism and have made that very clear through my years of community organizing in Queens. I can see that the image I replied to is disturbing and can fuel antisemitism. I am more than happy to clarify where I stand on this. District 24 is home to a multitude of beliefs for and against boycott (and everything in between). I believe it is important to protect the first amendment right to boycott — as we’ve seen recently, our democracy and constitution are fragile and must be defended. My heart does beat for children everywhere: Palestinian children, Israeli children, and children right here in District 24, where 1 out of 14 children are homeless.”

Ahmed was endorsed by progressive figures such as Sen. Bernie Sanders; actress and former gubernatorial candidate Cynthia Nixon; and Linda Sarsour, a self-described “Palestinian-Muslim-American organizer from Brooklyn” who has been condemned by the Jewish community in the past for her own anti-Israel comments. Ahmed is also a member of the Democratic Socialists of America, a progressive, anti-Israel organization (though the DSA didn’t actually endorse any candidate in the race).

Jewish leaders had urged community members to vote in the election, and undertook a massive voter-turnout campaign.

The Vaad Harabonim of Queens issued a statement calling upon “each and every member of our Kehillah [community] to fulfill their chiyuv [obligation] and responsibility on behalf of the klal [public] and the yachid [individual] to exercise their civic duty and vote in this election.” The Vaad didn’t actually endorse a candidate, but said, “It is critical for our Kehillah that the right candidate be elected.”

State Assemblyman Daniel Rosenthal, whose district overlaps with the 24th City Council District, told Hamodia Tuesday night that he’d “never seen the Jewish community this motivated for an election. Every shul was contacted, and asked to urge its members to be sure to vote. Emails were sent, WhatsApp chats and statuses, robocalls, you name it — everything was done to raise awareness in the community about the threat we faced if an anti-Semitic candidate won.”

Groups like Chazaq, a Queens-based kiruv and educational-programming organization, released video and audio messages, went to shuls distributing flyers, and made phone calls to voters, urging residents to cast their ballots.

To ensure turnout a day after a heavy snowstorm blanketed the city, Chaverim of Queens drove dozens of voters to polling sites. Several Chaveirim members reported that voters told them, “If you hadn’t picked me up, I wouldn’t have been able to make it to the polls.”

The special election in the district — which includes the neighborhoods of Kew Gardens Hills, Hillcrest, Jamaica, Fresh Meadows and Briarwood — was necessary because former Councilman Rory Lancman was appointed Special Counsel for Ratepayer Protection by Gov. Andrew Cuomo in October.

Assemblyman Rosenthal tweeted, “Tonight we proved that divisive anti-Semitic politics have no place in Queens.”

Chaskel Bennett, a native of Kew Gardens Hills and co-founder of the Flatbush Jewish Community Coalition, told Hamodia, “Despite the endorsement of Bernie Sanders and other progressive voices, the district soundly rejected BDS  and socialism and loudly defended good, old-fashioned American values. The community was activated and engaged by its leaders and activists and understood the stakes of this race. They did what was needed to win — they went out and voted.”

Reflecting on the voter turnout, Rabbi Yaniv Meirov, CEO of Chazaq and rav of the Charmed Circle Minyan in Kew Gardens Hills, told Hamodia on Wednesday morning, “We are so pleased that the community turned out in such enormous numbers, Baruch Hashem. This made waves around the world. Political activists and leaders of all sorts of religious, ethnic and other demographics reached out to me and congratulated our community for making its voice heard. We hope that this will build momentum for our community to continue to turn out in strong numbers — in the special election coming up for the City Council seat in Far Rockaway on February 23, and in all elections to come.”