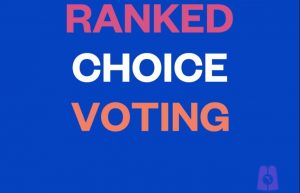 Starting February 2, 2012, all elections in New York City will have “ranked choice voting,” where the voter ranks his choice in order of preference. If the voter’s preferred candidate does not come in first place, the vote will be credited to the voter’s second choice. The first candidate to achieve a 50% majority will be declared the winner.