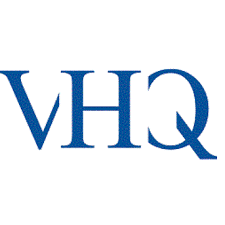 The Vaad Harabonim of Queens has put out a statement urging all community members who are eligible to vote to do so in the upcoming special election for City Council on Tuesday, February 2nd.

“[We] call upon each and every member of our Kehillah to fulfill their chiyuv and responsibility on behalf of the klal and the yachid to exercise their civic duty and vote in this election,” the statement read.

“It appears that there will be snow in the forecast for Tuesday. This can put a major damper in turnout, which could then swing the race.

“We urge everyone to vote…Please take a moment to let OUR VOICE BE HEARD. It is critical for our Kehillah that the right candidate be elected.”

One of the candidates, Moumita Ahmed, has been accused of making anti-Semitic statements on social media. She is running as a progressive Democrat associated with the DSA against several other candidates for a City Council district that represents Central Queens, including the heavily Jewish neighborhoods of Kew Gardens Hills, Hillcrest and Jamaica Estates.

The special election is to replace Democrat Councilman Rory Lancman, who vacated his seat early. Ahmed is seen as a potential frontrunner, as is James Gennaro, a moderate Democrat.

Ahmed has been vocally anti-Israel on social media, and utilized language that could perceived as anti-Semitic stereotypes, such as associating Israeli Jews with violence and bloodshed.

In a social media post from 2015, Ahmed responded to a tweet that showed a baby with a fake bullet wound, a bomb with a star like the Israeli flag, and the text “Please Boycott Israel” with the message, “my every heartbeat is with the children of Palestine.”

Ahmed apologized for the tweet, saying, “I absolutely abhor antisemitism and have made that very clear through my years of community organizing in Queens. I can see that the image I replied to is disturbing and can fuel antisemitism…My heart does beat for children everywhere: Palestinian children, Israeli children, and children right here in District 24.”

Ahmed has indicated she would not attend the Jewish Community Relations Council (JCRCNY) annual trip to Israel, calling it “propaganda.” She has also attended protests of AIPAC events with far-left groups.

Assemblyman Dan Rosenthal, who represents Queens and confronted Ahmed about her past tweet, told Hamodia that in Queens, the “large Jewish community here does not want to be represented by someone with anti-Semitic views.”