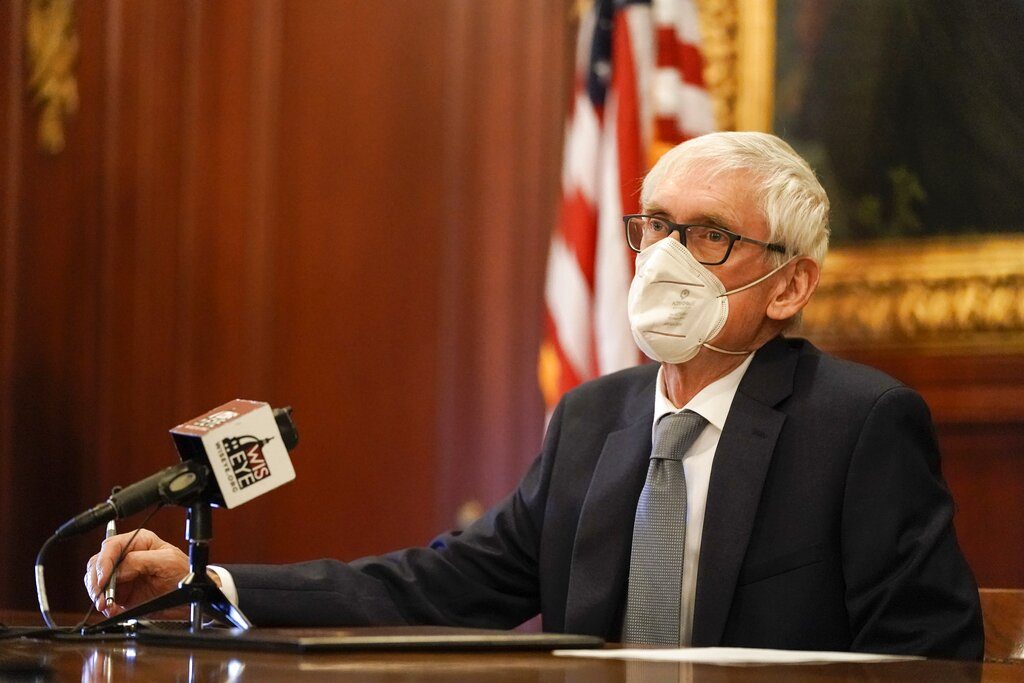 The Republican-controlled Wisconsin Assembly was poised Thursday to repeal Democratic Gov. Tony Evers’ mask mandate, a move that would jeopardize more than $49 million in federal food assistance, brush aside warnings from health experts and make Wisconsin one of only 10 states without a statewide order.

The Assembly is scheduled to vote on a resolution doing away with the mandate. The Senate approved the resolution Tuesday. State law gives the Legislature the power to overturn emergency orders without the governor’s signature, making Thursday’s vote final.

Wisconsin has had a statewide mask mandate since August. It was scheduled to run until March 20.

Repealing the governor’s emergency health order will undo the mask mandate but also put in jeopardy more than $49 million in federal food assistance for low-income people. The COVID-19 aid bill passed by Congress last year gives states the federal money but only if they have emergency health orders in effect, a memo from the nonpartisan Legislative Fiscal Bureau said.

Democratic Rep. Evan Goyke, of Milwaukee, said Thursday he hoped the information would cause Republicans to pause and not vote to pass the resolution.

The resolution was moving quickly through the Legislature. It was introduced last week, not subject to a public hearing, passed by the Senate on Tuesday and up for final approval Thursday in the Assembly.

Republican lawmakers contend that Evers exceeded his authority by issuing multiple health emergencies, and mask orders, rather than asking the Legislature for approval every 60 days. That issue is also being argued before the Wisconsin Supreme Court.

Even if Wisconsin’s statewide order goes away, Milwaukee and Dane Counties — the state’s two most populous counties — and cities including Green Bay, Beloit, Racine, Superior and Whitewater have their own mask orders in place. Several rural counties have also enacted mask mandates.

Republican Sen. Steve Nass, who authored the repeal, said that the Legislature can fix the food funding issue by passing necessary language in a separate bill.

“It is even more necessary now to end the current unlawful emergency declaration issued by Governor Evers before it causes more serious complications,” he said.

More than two dozen public health organizations, as well as state and local health officials, have urged the Legislature to reconsider the vote. Wearing masks is one of the pillars of recommendations from health experts worldwide to slow the spread of the coronavirus, along with physically distancing and avoiding crowds.

The vote comes as Wisconsin lags in distribution of coronavirus vaccines, health officials warn of the spread of contagious new variants and total deaths due to COVID-19 near 6,000.

The Legislature has fought Evers over his response to the pandemic from the beginning. Republicans supported a lawsuit that resulted in the Wisconsin Supreme Court overturning Evers’ “safer at home” order in May. Conservatives also succeeded in blocking capacity limits Evers established for bars, restaurants and other establishments, a case that is now before the state’s highest court.

Republicans also blame Evers for the slow vaccine rollout, but he has said the frustrating pace is due to the federal government not supplying enough to meet demand.