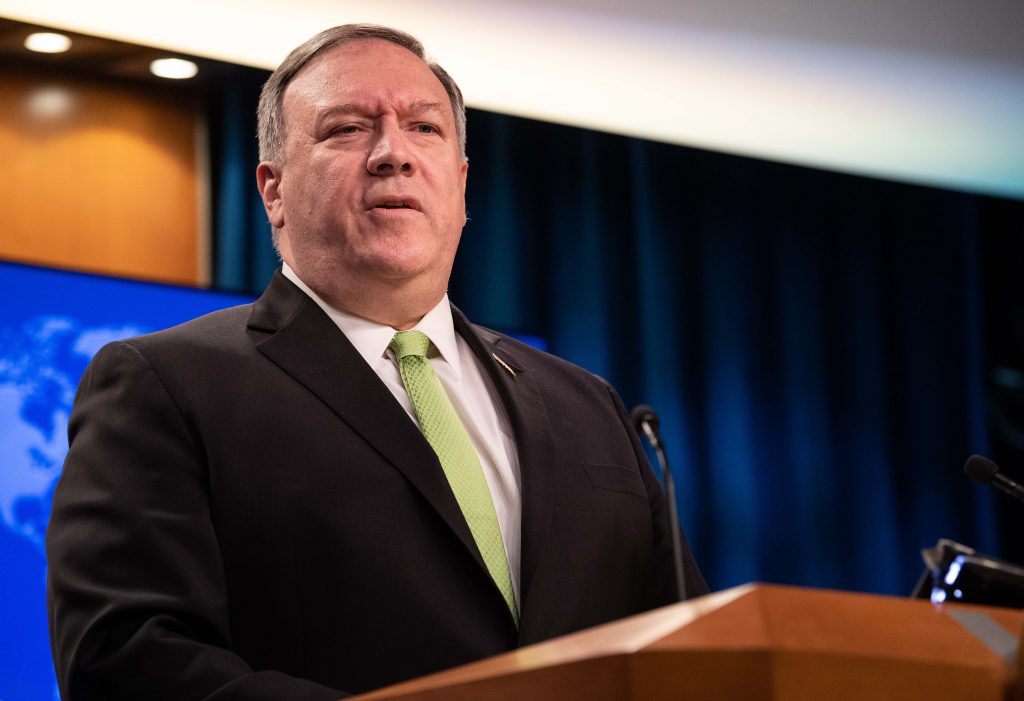 Former Secretary of State Mike Pompeo won’t be returning to Wichita, Kansas, just yet. Instead, he’ll take a job on Pennsylvania Avenue in the nation’s capital.

Pompeo has been named a distinguished fellow at the Hudson Institute, a conservative think tank just blocks from the White House.

Axios first reported Pompeo’s decision to stay in Washington Tuesday evening. The institute made its official announcement of Pompeo’s position in a news release, which touted Pompeo’s background as both CIA director and the nation’s top diplomat under former President Donald Trump.

“From his leadership in promoting peace between Israel and its Arab neighbors to confronting strategic threats to the United States, Secretary Pompeo has been among the most consequential secretaries of State,” John Walters, president and CEO of Hudson Institute, said in a statement. “It is an honor to have this outstanding public servant join Hudson Institute.”

Pompeo, a former Kansas congressman, told The Wall Street Journal in December that he hoped to return to Kansas, setting off a round of speculation that the Wichita Republican might run for governor in 2022 when Democratic Gov. Laura Kelly stands for reelection.

Pompeo’s move to the foreign policy-focused think tank is a sign he has little interest in the governor’s mansion in Topeka. Instead, it’s a post that will give him a platform to offer critiques of President Joe Biden’s administration ahead of a possible White House run.

Tuesday evening, Pompeo appeared on Fox News after his successor, Antony Blinken, was confirmed as secretary of state earlier that day.

He criticized the Biden administration’s decision to halt the country’s withdrawal from the World Health Organization.

Trump announced in July the U.S. would leave the WHO, an international agency which coordinates public health responses between nations. Trump accused the WHO of aiding China in a cover-up of the virus’s origins.

Biden stopped the yearlong withdrawal process last week, recommitting the U.S. to the organization and appointing Dr. Antony Fauci as the lead to U.S. delegation on the WHO board.

Pompeo’s oversaw diplomatic victories in the Middle East as Israel normalized relations with the United Arab Emirates and Bahrain late in his tenure.

The day before Biden’s inauguration, Pompeo encouraged his followers to switch from his official account to his personal account. Pompeo set it up in December of 2019 amid speculation that he might run for U.S. Senate.

A source close to Pompeo said at the time the secretary “needed to set up a personal Twitter account for future plans.”

Those plans may be for a presidential candidacy in 2024 if Trump does not run for a non-consecutive term. Pompeo hinted at the notion a day after Biden’s inauguration when he tweeted the number of days left in Biden’s term.