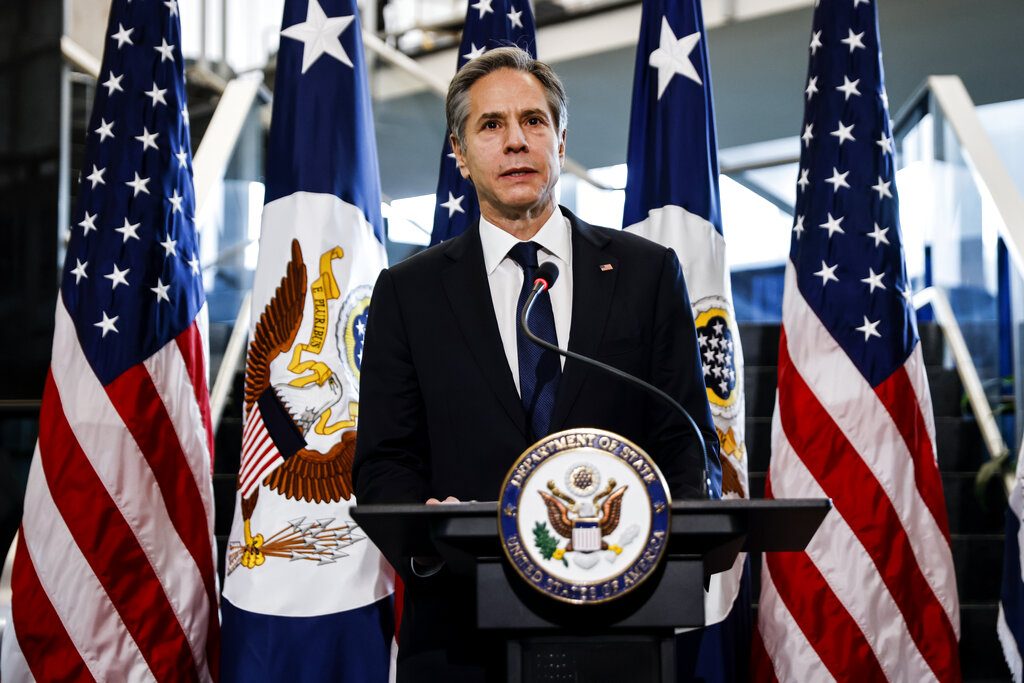 The Senate confirmed Antony Blinken as the secretary of state on Tuesday, elevating Biden’s longtime foreign policy adviser to the role at a time of international uncertainty.

Blinken, a Democratic moderate with decades of experience in foreign affairs, has stated he intends to restore relationships with traditional allies that were upended or unsettled during former president Trump’s administration. Under Trump, traditional diplomacy was neglected amidst Trump’s “America First” push, and Blinken will have to rehire thousands of people to fill the State Department.

Blinken was approved by a 78 to 22 vote, the New York Times reported, and was praised by Republicans and Democrats.

“Blinken is the right person to reassure America’s prerogatives on the global stage,” said Senator Chuck Schumer, the majority leader.

“This is the person for the job,” said Senator Jim Risch of Idaho, the top Republican on the Foreign Relations Committee.

Blinken has said his prioritizes will be to reverse several Trump-era priorities, preserve others, and to push for human rights on the world stage.

“America’s leadership is needed around the world, and we will provide it, because the world is far more likely to solve problems and meet challenges when the United States is there,” Blinken said. “America at its best still has a greater capacity than any other country on earth to mobilize others for the greater good.”

Though the administration is expected to be less generous towards Israel than the Trump administration was in regards to negotiations with the Palestinian Authority, Blinken has stated the embassy will remain in Yerushalayim and that the Biden administration will continue to aid Israel in negotiating treaties with Arab countries. Any attempt to renegotiate a nuclear deal with Iran would involve Israel security concerns.

Senator Rob Portman, a Republic from Ohio, told Cleveland Jewish News he is confident Blinken “will be an ally of Israel…I got Mr. Blinken on the record saying he is against treating Israel in that way [in the United Nations] – that they ought to be treated fairly – and that he also supports the Abraham Accords,” Portman said. “I think that’s a positive thing.”

The Biden administration would intend to keep confronting China on its human rights abuses of ethnic minorities and its trade practices, continue to defend Taiwan from Chinese aggression, and to reverse Trump’s friendly relationship with Russian President Vladmir Putin and North Korean dictator Kim Jung Un.

Blinken, who is Jewish and was raised by his step-father, the Holocaust survivor and Soviet Jewry activist Samuel Pisar, has connected Pisar’s rescue from the Auschwitz death marches by an American tank to his belief in America’s power and obligation to help others throughout the world. He has stated one of his priorities will be to expand the number of refugees America will take annually, including those fleeing religious persecution.