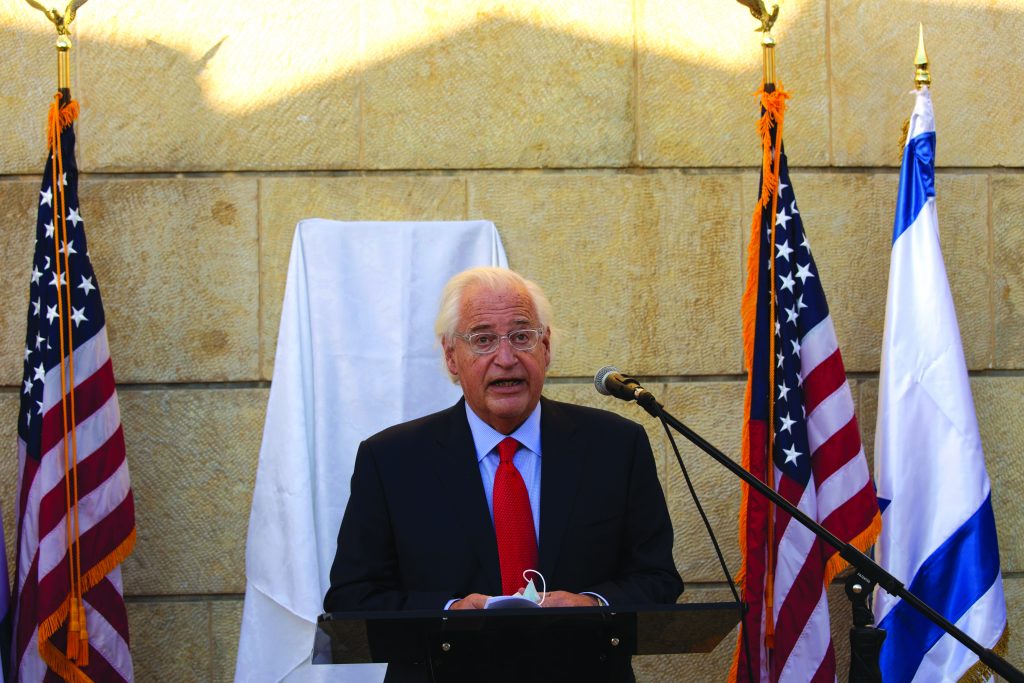 The expression “out with the old, in with the new” sums up the way most transitions work in Washington. There is excitement about a fresh start and an (egotistical) belief that the new team knows how to get things done much better than its predecessor.

But before the Trump administration has a chance to fade from memory, it’s worth taking a moment to contemplate one singular achievement and how it came about. The Abraham Accords, which brought an unprecedented wave of peace agreements between Arab/Muslim states and Israel, was a direct result of the former president’s courageous decision to recognize Yerushalayim as the capital of Israel, according to former U.S. ambassador to Israel David Friedman.

That recognition “set the right tone, the right theme for our presidency,” Friedman told the Knesset Foreign Affairs and Defense Committee last week during a round of farewell visits with Israeli officialdom. “That strengthened the president not just here but throughout the world. It strengthened him with Iran, with North Korea, because we took the position that America will stand with its friends… America will stand for the truth and do the right thing, and if there are consequences, we’ll protect our friends and our allies and our citizens.

For the United States to lead effectively in the Middle East, and throughout the world, it has to stand with its friends and for the truth. It sounds obvious — why would countries follow a superpower that can’t be trusted? — but this axiom somehow escaped the attention of generations of State Department officials.

When, for instance, the Palestinian Arabs claim that the Jewish people have no historical connection to Yerushalayim, that’s not a narrative, but a lie. And pretending otherwise only encourages more lies, putting peace out of reach. When Iran says it will wipe Israel off the map, and is allowed to continue developing nuclear weapons and ballistic missiles, that raises questions about how seriously the United States takes its commitment to stand by its friends.

In standing by Israel, and the truth, the Trump administration earned credibility and respect around the world, from both friends and enemies.

The new administration obviously has every right to forge its own path. But if it wants to ensure that in four years’ time it will be able to boast of diplomatic achievements that rival those of the outgoing administration, it would be well-advised to learn the lessons of the Trump administration, namely that indulging evil, and humoring liars, never works.