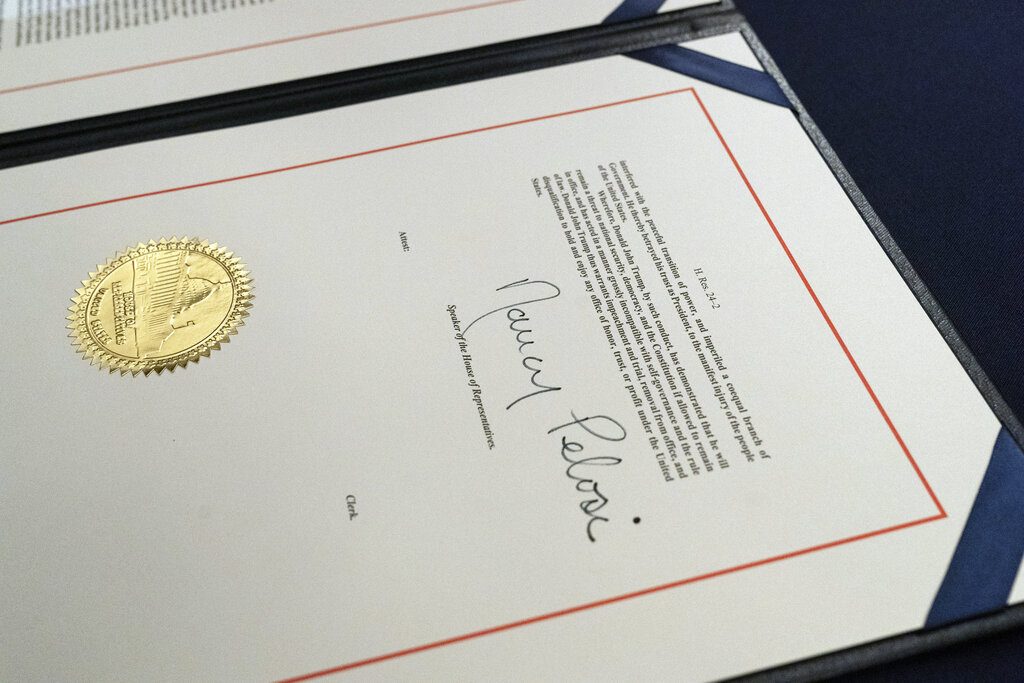 Speaker of the House Nancy Pelosi dismissed reporter’s questions if proceeding with impeachment would undermine President Biden’s message of unity and national healing.

The House of Representatives will be sending over the article of impeachment to the Senate “soon,” Pelosi said in order to hold former president Donald Trump accountable for his actions before, during, and after a mob of his supporters broke into the Capitol and beat a police officer to death on January 6th.

“The fact is POTUS committed an act of incitement of insurrection,” Pelosi told reporters at a press conference in the Capitol on Thursday. “I don’t think it’s very unifying to say, ‘let’s just forget it and move on.'”

She framed the upcoming impeachment as a matter of restoring the integrity and power of Congress, and holding Trump accountable. “That’s our responsibility to protect and defend the Constitution of the United States. And that is what we will do,” she said. “Just because he’s now gone…you don’t say to a president: Do whatever you want in the last months of your administration, you’re going to get a get out of jail card free because people think we should make nice and forget that people died here on Jan. 6.”

Republicans have pressed Biden to halt the upcoming trial, arguing it would be too decisive and undermine his attempts to ease America’s bitter bipartisan divide, Fox News reported.