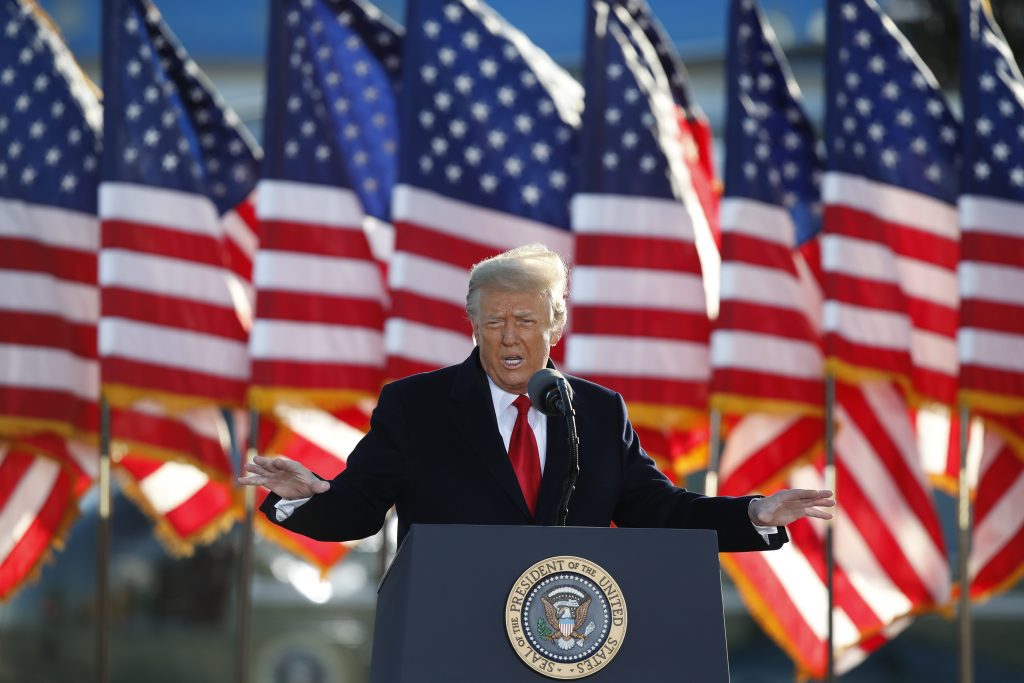 Facebook will have its quasi-independent oversight board rule on its indefinite suspension of former president Donald Trump, setting up a major test of the recently established panel.

The social-media giant said Thursday that it believes it made the right decision to suspend Trump after his supporters stormed the U.S. Capitol in a deadly assault on Jan. 6. But it said it’s referring the matter to the oversight board for what it called an “independent judgment” on upholding the decision.

Facebook’s panel is intended to rule on thorny content issues, such as when posts constitute hate speech — or if the decision to ban a world leader was the right one. It is empowered to make binding rulings — that is, ones that can’t be overturned by CEO Mark Zuckerberg — on whether posts or ads violate the company’s rules. Any other findings will be considered “guidance” by Facebook. The board does not set Facebook policies or decide if the company is doing enough to enforce them in the first place.

Its 20 members, which will eventually grow to 40, include a former prime minister of Denmark, the former editor-in-chief of the British Guardian newspaper, along with legal scholars, human-rights experts and journalists such as Tawakkol Karmanm, a Nobel Laureate from Yemen, and Julie Owono, a digital-rights advocate.

The first four board members were directly chosen by Facebook. Those four then worked with Facebook to select additional members. Facebook also pays the board members’ salaries.

Twitter, by contrast, permanently banned Trump from its platform. CEO Jack Dorsey defended his company’s Trump ban in a philosophical Twitter thread last week, saying that the risk to public safety created an “extraordinary and untenable circumstance” for the company.

But he acknowledged that shows of strength like the Trump ban could set dangerous precedents, even calling them a sign of “failure.” He suggested that Twitter needs to find ways to avoid coming to have to make such decisions in the first place and lamented the fact that they highlight the extraordinary power that Twitter and other Big Tech companies can wield without accountability or recourse.