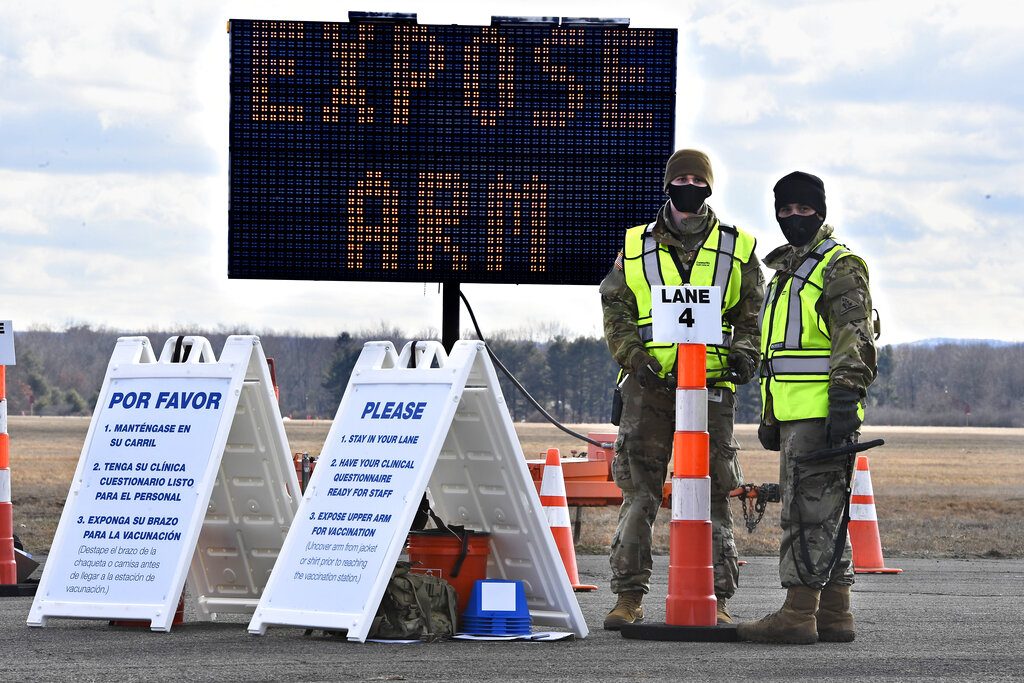 The push to inoculate Americans against the coronavirus is hitting a roadblock: A number of states are reporting they are running out of vaccine, and tens of thousands of people who managed to get appointments for a first dose are seeing them canceled.

About half of the 31 million doses distributed to the states by the federal government have been administered so far, though only about 2 million people have received the two doses needed for maximum protection against COVID-19, according to the Centers for Disease and Control and Prevention.

The full explanation for the apparent mismatch between supply and demand was unclear, but last week the U.S. Health and Human Services Department suggested that states had unrealistic expectations for how much vaccine was on the way.

The shortages are coming as states dramatically ramp up their vaccination drives, at the direction of the federal government, to reach people 65 and older, along with other groups deemed essential or at high risk.

First-grade teacher Karen Stachowiak spent almost five hours on the New York state hot line and website to land an appointment set for Wednesday, only to have it canceled. The Buffalo-area resident and her parents were among several thousand people with canceled appointments in Erie County because of supply problems.

“It’s stressful because I was so close. And my other friends that are teachers, they were able to book appointments for last Saturday,” Stachowiak said. “So many people are getting theirs in and then it’s like, ‘Nope, I’ve got to wait.”

The shortage of doses comes as the United States marks more than 400,000 deaths from the coronavirus.

Countries across Europe are also having problems getting enough doses to provide protection against a virus that is now appearing in new, more contagious variants around the globe. Pfizer said last week it would temporarily reduce deliveries of its vaccine to Europe and Canada while it upgrades capacity at its plant in Belgium, which supplies all shots delivered outside the United States. In the U.S., Pfizer has a plant in Michigan.

In the U.S., some states have suggested they may run out of vaccine by Thursday and are unclear when new doses will arrive.

New York Mayor Bill de Blasio said Wednesday that the city had to cancel 23,000 appointments for people awaiting their first dose this week because of inadequate supply, and he urged state and federal authorities to allow the city to redirect doses that are designated as second shots for use as first shots instead.

“We need everyone to come together and agree in this shortage dynamic let’s free up those second doses, keep the appointments going that have already been made, help people get that first dose and then backfill in more supply in the coming days so that we can keep everything moving forward,” the Democratic mayor said.

De Blasio, who has been sounding the alarm about vaccine shortages for days, said the situation was compounded by a delay in this week’s delivery of Moderna vaccine to the city.

“So we already were feeling the stress of a shortage of the vaccine,” he said. “Now the situation has been made even worse. We need to think differently in this moment.”