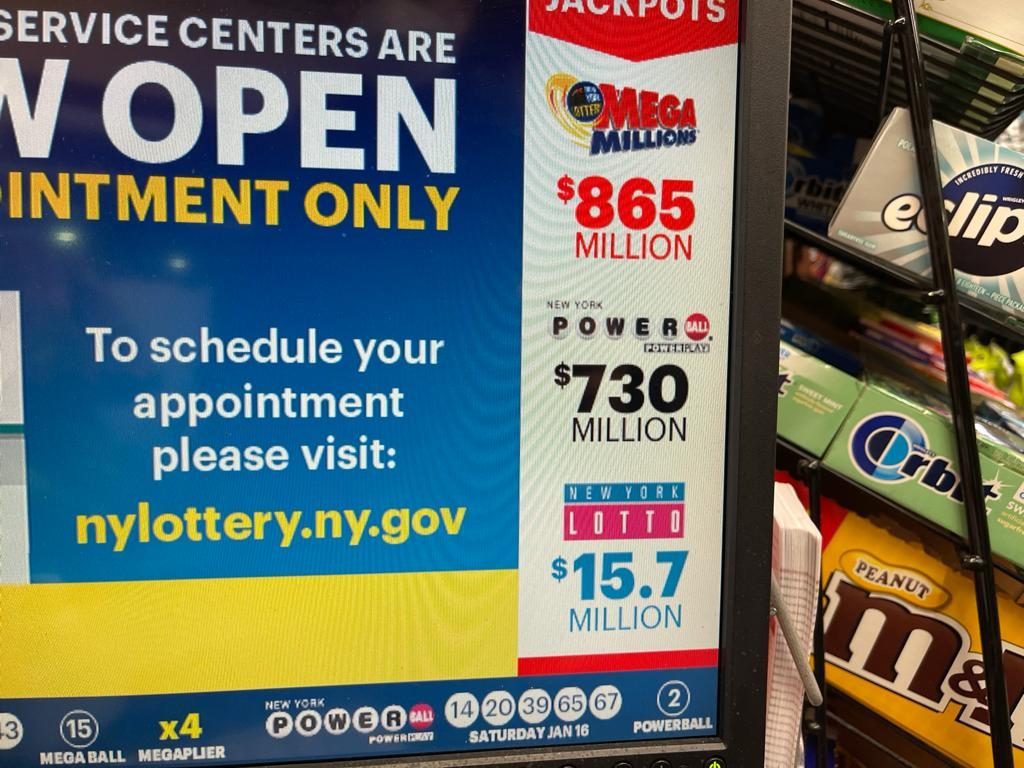 Lottery players will have another shot at the third-largest jackpot in U.S. history after Tuesday night’s drawing didn’t turn up a winner.

The Mega Millions top prize climbed to an estimated $970 million, the biggest jackpot in more than two years. Powerball, the other lottery game offered in most of the U.S., isn’t far behind at $730 million for a drawing Wednesday night.

It’s the first time both lottery jackpots have topped $700 million. The biggest prize was a $1.58 billion Powerball jackpot won by three people in 2016.

No one has won the Mega Millions jackpot since Sept. 15, allowing the prize to grow larger and larger over four months. The last Powerball jackpot winner was a day later, on Sept. 16.

Such big jackpots are rare, but both games rely on incredibly long odds to generate attention and increase sales. For Mega Millions, the odds of matching all six numbers are one in 302.5 million, and for Powerball they are one in 292.2 million.

The prizes listed are for winners who choose an annuity option, paid over 30 years. Winners almost always opt for cash prizes, which for Mega Millions would be $716.3 million and $546 million for Powerball.