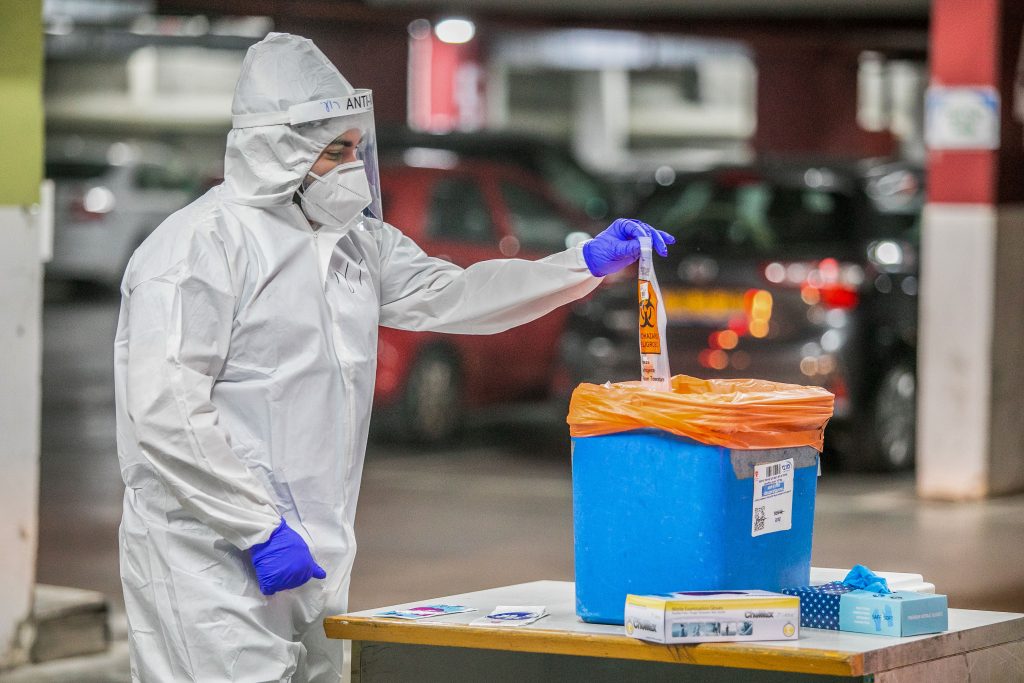 The Health Ministry reported Monday morning that 5,616 new daily coronavirus cases were diagnosed a day earlier, far lower than the numbers in recent days, but at a staggering 9.1% infection rate.

Over the past week the country saw an average of some 9,000 daily cases but the contagion rate remained somewhat lower. The extraordinary high infection rate might stem from limited testing conducted over the weekend.

The Health Ministry said that on Sunday they conducted 63,516 coronavirus tests, much lower than the same figure reported over the past few days.

1,130 patients are hospitalized in serious condition, including 273 of them who are ventilated.

Since the start of January, 661 patients have passed away, the highest the figure has been since October.