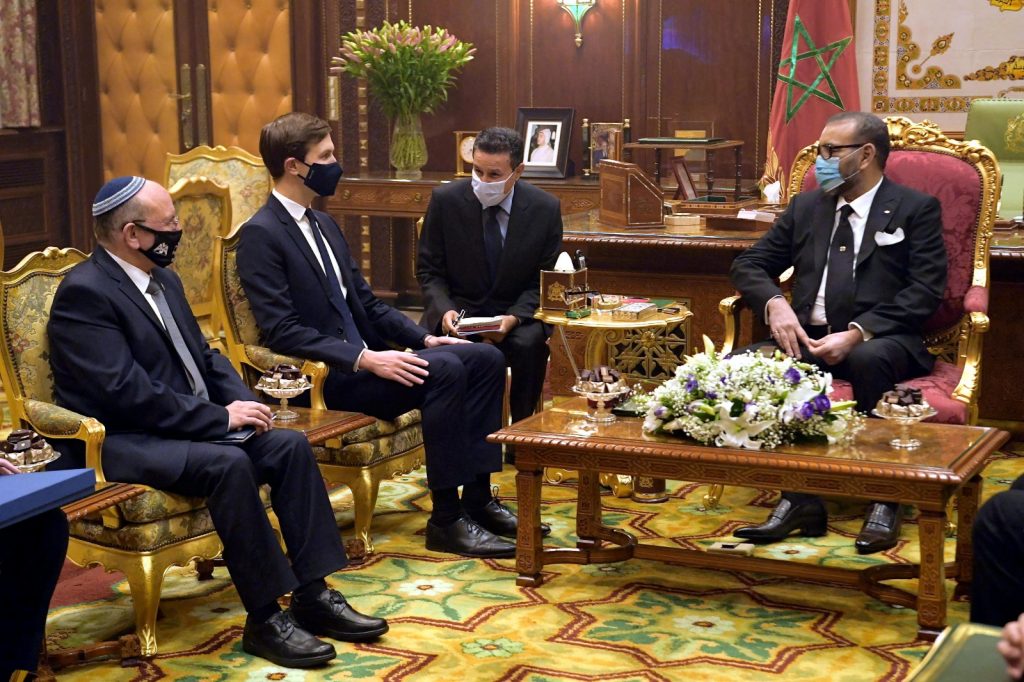 President Donald Trump has awarded a top U.S. honor to King Mohammed VI of Morocco, citing his decision to begin normalization of relations with Israel.

The Legion of Merit is a rarely awarded decoration that can only be bestowed by the President, and typically on heads of state or government of other countries.

The honor comes after the United States in December recognized Morocco’s sovereignty over the entire Western Sahara territory, including disputed area between southern Morocco and Mauritania. Morocco, in turn, agreed to resume partial diplomatic ties with Israel in the near future, establish direct flights between the nations, and promote economic and technological cooperation.

Trump has sought to make bolstering regional support for Israel as a countermeasure to Iranian aggression a signature foreign policy legacy of his administration.

King Mohammed was not in Washington to accept the award. Morocco’s ambassador to the U.S., Princess Lalla Joumala, accepted it on his behalf in a private ceremony, according to a White House statement.

Trump in his final days in office has spent time honoring friends and allies with the presidential awards.